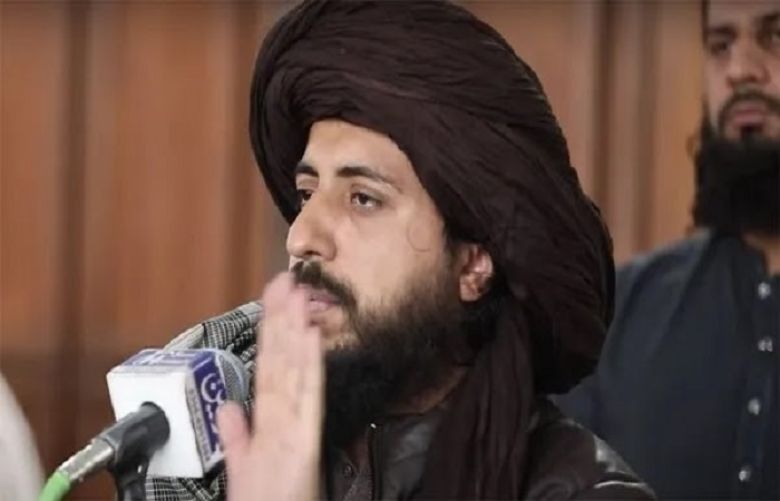 The Supreme Court (SC) on Tuesday remanded the matter of Saad Hussain Rizvi's release, chief of the proscribed Tehreek-i-Labbaik Pakistan (TLP), to the Lahore High Court (LHC) for a two-member special bench to decide after hearing arguments from both sides.

The Punjab government had approached the SC on Monday, challenging an October 1 LHC decision whereby Rizvi's detention was set aside and declared illegal in response to a plea filed by Rizvi's uncle against his continued incarceration.

The provincial government had argued in its petition that legal requirements were not met in the LHC's direction, paving the way for the TLP chief's release. Additionally, it said there were reports by intelligence agencies that Rizvi's continued detention was necessary to prevent workers of the proscribed organisation to create a law and order situation.

In Tuesday's (today) hearing, conducted by Justice Ijazul Ahsan and Justice Syed Mazahar Ali Akbar Naqvi, the government's lawyer argued that 12 people including three police officers had lost their lives in the violence during the TLP protests in April.

He added that the LHC review board had not extended Rizvi's detention.

Justice Ahsan questioned the government lawyer on whether a gazette notification of detention had been issued according to the anti-terrorism provisions to which he was told that it had been.

Advocate Burhan Moazzam Malik, counsel for Rizvi's uncle, argued that "the government does not have the authority to extend detention after 90 days."

Justice Naqvi opined that "maybe the case was not handled properly by both parties".

"You [at least] admit that the events in the past happened (violence in TLP protests)?" he questioned.

Malik responded that Rizvi was in jail before the riots started. "Saad Rizvi has been in jail for six months without any reason," he said.

The SC bench noted that no injustice will be allowed to happen with anyone and remanded the matter to the LHC for a two-judge special bench to decide after hearing the case.

After the LHC decision on Oct 1, the Lahore deputy commissioner had issued orders for Rizvi's release, citing the LHC judgement. The orders have, however, yet to be complied with and Rizvi remains in custody.

In addition, the DC's order had referred to two earlier decisions taken by the federal review board of the SC with regards to Rizvi's detention.

On July 2, a review board of the LHC had rejected the Punjab Home Department's request to extend Rizvi's detention under the Maintenance of Public Order (MPO) Ordinance, 1960. It had released its detailed order in the case on July 8, observing that Rizvi should be "released forthwith" if he was not required in any other case.

Subsequently, Rizvi's uncle had filed a petition calling for the annulment of his “illegal detention” and claiming that there was no proof on record against him.

Rizvi's detention was supposed to end on July 10 in light of the review board's decision. However, the deputy commissioner of Lahore issued a fresh notification under Section 11-EEE (Powers to arrest and detain suspected persons) of the Anti-Terrorism Act 1997 and detained Rizvi for 90 days.

Ameer Hussain (Rizvi's uncle) subsequently filed another petition on Aug 2 with the LHC, claiming that the government had extended Rizvi's detention with "mala fide intention". The petitioner said the government had implicated Rizvi in 14 criminal cases after detaining him.

He asked the court to declare the act of the government illegal and order his nephew's release. The court had on Aug 17 sought replies from the authorities on the plea before declaring his detention illegal in a subsequent hearing at the start of this month.

Rizvi was detained by police under the MPO ordinance on April 12 over charges that he had incited his followers to take the law into their hands as, according to him, the government had reneged on its promise to expel the French ambassador.

The party had been pressing the government for the expulsion of the French envoy to Pakistan ever since blasphemous caricatures of Prophet Muhammad (PBUH) were published in France and their publication was supported by the French president.