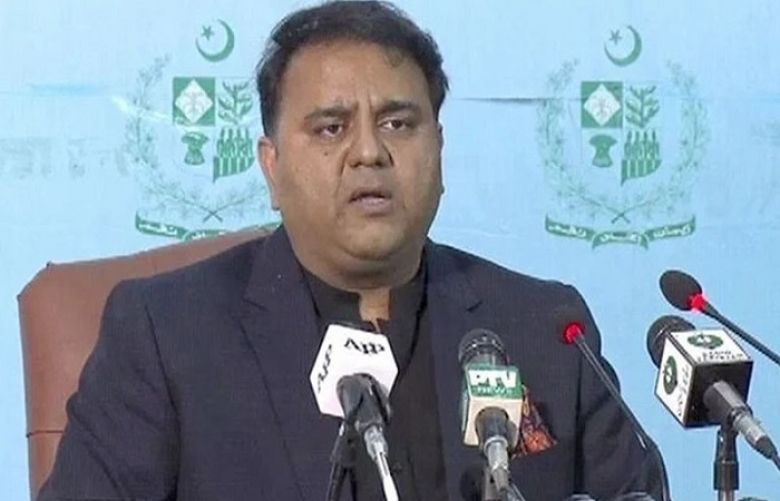 Federal Minister for Information and Broadcasting Fawad Chaudhry expressed the hope that the Pandora Papers investigation will discourage corruption and open up more avenues for transparency.

The world waits in anticipation as the International Consortium of Investigative Journalists (ICIJ), has received more than 11.9 million documents containing 2.94 terabytes of confidential information from service providers who helped set up and manage offshore companies and trusts in tax havens around the world.

According to the ICIJ, the exposé will be out today at 4:30pm GMT, which means 9:30pm Pakistan Standard Time.

"Now, it is being said that another investigation led by the ICIJ is being released soon. Imran Khan has always pressed developed countries to discourage the practice of transferring looted money from poor countries to the developed ones," he said.

"If Pandora Leaks confirms the transfer of looted money from third-world countries to others, then it will further validate Prime Minister Imran Khan's stance," he tweeted.

"We hope this investigation will also open up new avenues of transparency and will prove to be another setback for corruption."

The ICIJ shared the data with 150 media organisations and has led the broadest collaboration in journalism history. It took the ICIJ almost two years to organise this investigation that involved more than 600 journalists in 117 countries, making it the biggest-ever journalism partnership.

For the Panama Papers, almost 400 journalists from 80 countries participated in the investigation. The News was the only ICIJ partner from Pakistan on both occasions. In addition, The News also partnered with the ICIJ in the Bahamas leak and the Paradise Papers.

This leak has uncovered the finances of more leaders and public officials than the Panama Papers did and provided more than twice as much information about the ownership of offshore companies. The Panama Papers were based on the data of a Panama-based law firm called Mossack Fonseca that revealed offshore holdings of 140 politicians, public offshore and sports stars.

Those documents were obtained by the German newspaper, Süddeutsche Zeitung, which contained records dating back 40 years.

The Pandora Papers are bigger in size and revelations about politicians and public officials are also more than what previously came to public attention. From Pakistan, there were more than 400 individuals who surfaced in the Panama Papers. The number of Pakistanis in Pandora Papers is way more than that, say reports. Many interesting names would make headlines.