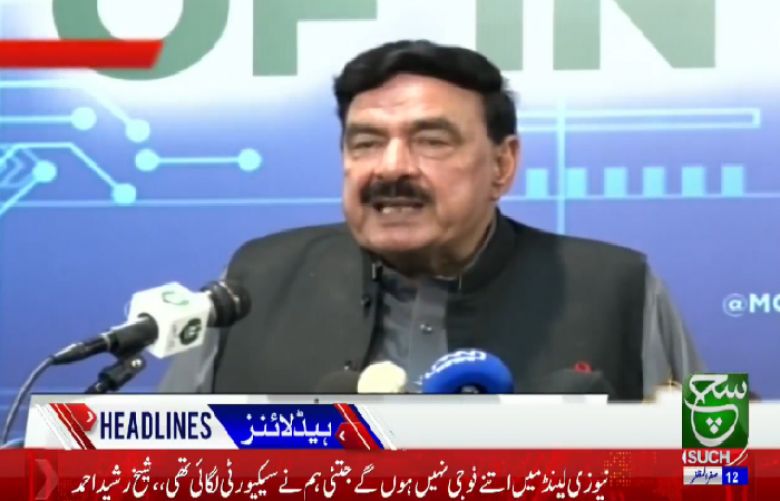 Interior Minister Sheikh Rasheed Ahmed said on Monday mobile phone services will be suspended on Chehlum as part of security measures to avoid any untoward incident.

Addressing a press conference, the minister said the Pakistan Army and Rangers troops will be deployed for security of Chehlum processions.
Talking about New Zealand’s cricket team abandoning its tour of Pakistan over “security threat”, he said the Pakistan Army troops were assigned to provide foolproof security to the players following a decision to this effect by the federal cabinet.
Noting that the nation was upset over the NZ team pulling out of the tour, Sheikh Rasheed asked citizens not to become dejected and reassured that one day all cricket teams will come to play in Pakistan.

About the Afghanistan situation, the minister said Pakistan helped evacuate 16,000 people, including diplomats and representatives of the IMF and the World Bank from the war-ravaged country after the Taliban takeover.

He said the country has received no Afghan refugees nor was any refugee camp set up along the Pak-Afghan border. The government desires swift return of three million refugees residing in Pakistan to their homeland after peace and stability are restored there, he added.