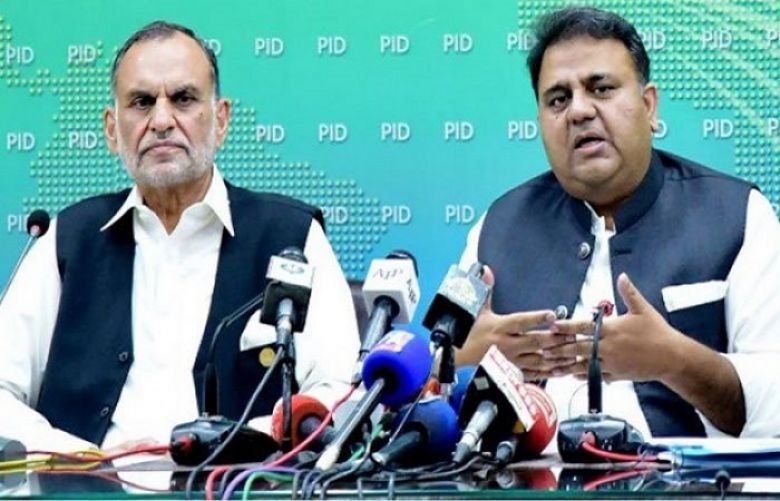 The Election Commission of Pakistan (ECP) has served notices to Federal Minister for Railways Azam Khan Swati and Federal Information Minister Fawad Chaudhry over their scathing remarks on the election body for its objection on the use of EVMs in the next general elections.

The ECP has also sought evidence from Azam Swati and Fawad Chaudhry after they levelled allegations against the election body in a press conference.

The notices were issued after a session of the election commission chaired by the Chief Election Commissioner (CEC) Sikandar Sultan Raja in Islamabad on Tuesday.

On Friday, Federal Minister Azam Swati had accused the election commission of taking bribes from the companies to manufacture electronic voting machines (EVMs).

“ECP has taken a bribe,” Azam Swati had alleged. “You will go to hell,” he said, pointing to ECP officials who were in attendance in the meeting called to deliberate and vote on two key bills on the use of electronic voting machines in elections and voting rights for overseas Pakistanis.

“Such institutions should be set afire,” he went on, alleging that the commission was involved in rigging all elections and destroying Pakistan’s democracy. Angry over his rant, the ECP representatives got up and walked out of the meeting.

On the other hand, Federal Information Minister Fawad Chaudhry had alleged during a press conference on Friday alongside other ministers that ECP and CEC were becoming the headquarters of the opposition parties and acting as their mouthpiece.