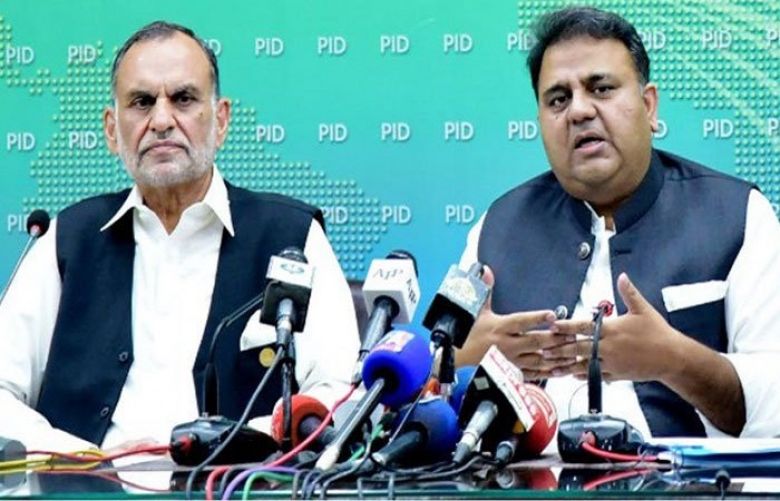 The Election Commission of Pakistan (ECP) has decided to issue notices to Federal Minister for Information and Broadcasting Fawad Chaudhry and Railways Minister Azam Khan Swati for accusations against Chief Election Commissioner (CEC) Sikander Sultan Raja and the commission.

CEC Raja on Tuesday chaired a meeting of the ECP where the matter of allegations levelled by the federal ministers was discussed.

ECP members Nisar Durrani, Shah Muhammad Jatoi, and other officials of the commission attended the meeting.

The members condemned the allegations "in the strongest possible terms" and rejected them.

The meeting decided to issue legal notices to both the ministers.

Allegations by the federal ministers

On Friday, the ECP officials had walked out of a meeting of the Senate Standing Committee on Parliamentary Affairs after Swati accused the commission of taking money from companies that make electronic voting machines.

Later on the day, Information and Broadcasting Minister Fawad Chaudhry said during a press conference that it seems the ECP has "become the headquarters for Opposition parties" and the chief election commissioner is "acting as their mouthpiece".