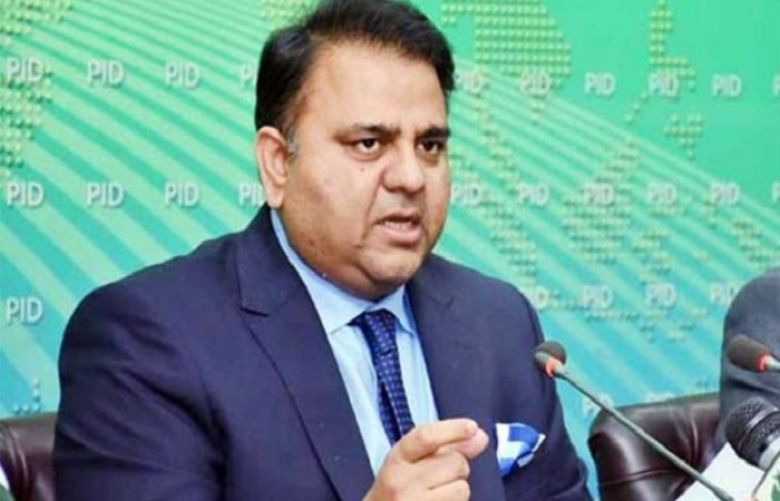 Federal Minister for Information Fawad Chaudhry on Monday asked journalists to submit their proposals for changes to Pakistan Media Development Authority (PMDA) and said that the Parliament would decide on the matter.

The information minister claimed that the PMDA was meat to counter fake news and similar bills have been enacted globally.

“A UK law carries a fine of 18 million pounds over fake news,” he said adding that contrary to it, they had set very small fines under the authority to counter fake news in the country.

Fawad Chaudhry further clarified that they have only floated a proposed draft regarding PMDA which includes a framework that would only be finalized after consultations with all stakeholders.

“This is only a framework that similar laws are enacted in other countries globally,” he said adding that how could they present a draft of a bill before any consultation.

He further lamented that opposition parties had not read a single thing about the proposed authority and had just tried to join the bandwagon to malign the government.

The minister agreed that there should be consultation on media tribunal and complaint commission and journalists should come forward with better suggestions if they have.

99 percent issues of fake news pertain to social media and small channels, he said and asked as to why no questions have been raised over the murder of journalists in Sindh while the same fraternity came out on roads over the thrashing of a journalist in Islamabad.