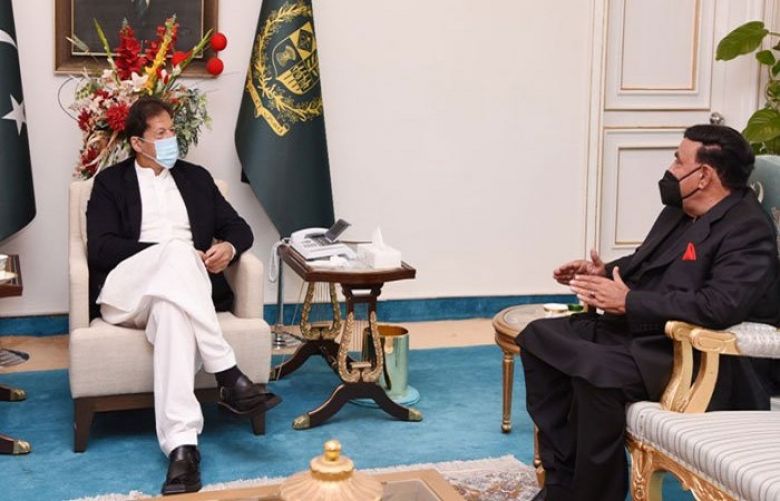 Prime Minister Imran Khan on Monday lauded the Ministry for Interior's role in evacuating thousands of Afghanistan and foreign nationals from Kabul after the Taliban took over the country on August 15.

The development came during the prime minister's meeting with Federal Minister for Interior Sheikh Rasheed in Islamabad, a statement from the Prime Minister's Office said.

The federal minister provided briefings to the prime minister on Islamabad's security situation, Rescue 1122 services, and the facilitation cell, the statement said.

Both the leaders also exchanged views on the country's border management, the statement said, three days after Chief of Army Staff (COAS) General Qamar Javed Bajwa had expressed satisfaction over the efficacy of the comprehensive border management regime.

Speaking to the media, United States Senator Chris Van Hollen had earlier in the day said that Pakistan's role in the current Afghanistan situation is very important.

The Democrat senator stressed the importance of contact between Washington DC and Islamabad.

On September 10, Pakistan had urged the international community to recognise the new reality in Afghanistan and engage with it for peace and stability in the region.

Speaking to the media in Islamabad along with his Spanish counterpart Jose Manuel Albares, Foreign Minister Shah Mehmood Qureshi said that isolating Afghanistan will have serious consequences.

The top Pakistan diplomat said the approach of intimidation, pressure and coercion has not worked and we got to adopt a new positive approach regarding Afghanistan.