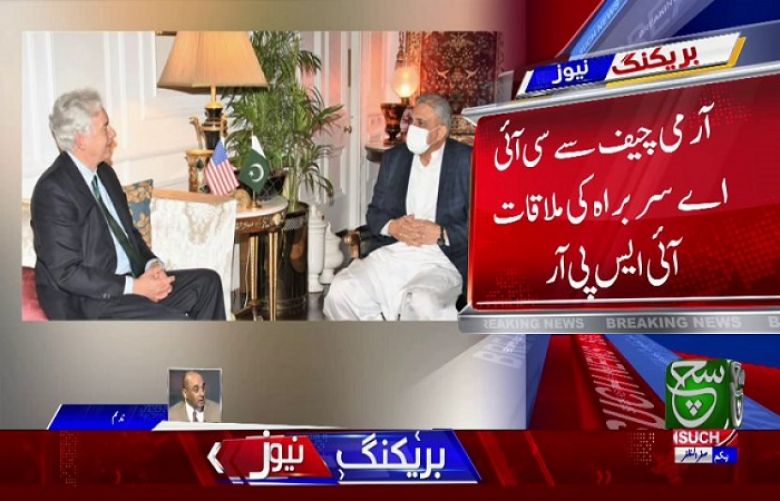 In the statement, the Inter-Services Public Relations (ISPR) said that Inter-Services Intelligence (ISI) Director General Lt Gen Faiz Hameed was also present during the meeting, which focused on the Afghanistan situation and regional security after the US withdrawal and the formation of the Taliban government in Kabul.

“It was reiterated that Pakistan remains committed to cooperate with its international partners for peace in the region and ensuring a stable and prosperous future for [the] Afghan people,” the ISPR said.

The CIA chief appreciated Pakistan's role in Afghanistan, including the successful evacuation operation, efforts for regional stability and pledged to play a role for further improvement in diplomatic cooperation with Pakistan at all levels.

Before coming to Pakistan, the US intel chief had visited New Dehli, where he met Indian National Security Advisor (NSA) Ajit Doval.

Pakistan’s role amid the crisis in Afghanistan has been praised by the international community, with calls of stability and peace in the region.