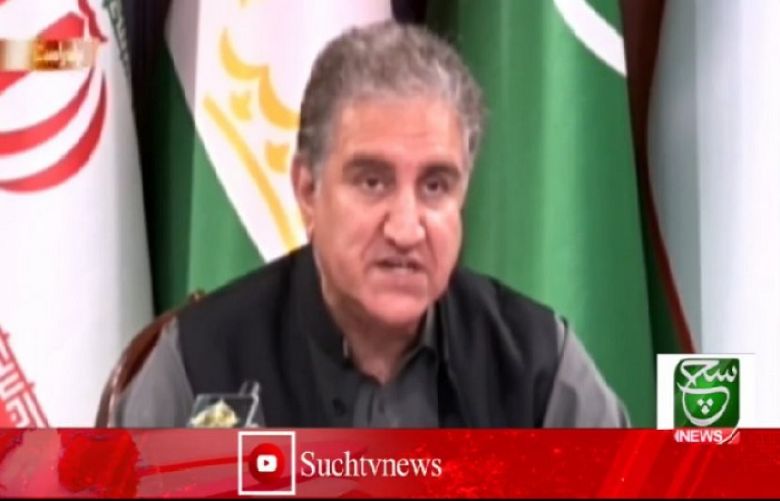 Foreign Minister Shah Mahmood Qureshi Wednesday said that the international community will have to play a role to avert the looming humanitarian crisis in Afghanistan.

Virtually addressing the six-country foreign ministers’ meeting today, FM Qureshi said, “If a humanitarian crisis is prevented and economic stability is assured, peace can be consolidated and a mass exodus precluded.”

He also urged the Taliban to ensure that the Afghan soil would not be used against any county.

FM Qureshi said that the change in Afghanistan is a reality, adding that the evolving situation in the war-torn county will have profound effects not only on our regions, but also on the entire world.

Talking about Taliban’s takeover of Afghanistan, the foreign minister said that no one could predict the rapid change in the country and all previous predictions were proved wrong.

“Urgent provision of humanitarian assistance, with UN and its various agencies playing a lead role, would reinforce the process of confidence-building,” he added.

He hoped that the political situation in Afghanistan will stabilise soon, adding that the new situation requires discarding old lenses, developing new insights, and proceeding with a realistic and pragmatic approach.

The meeting was held at the invitation of Pakistan to discuss evolving situation in the war-torn country. According to a statement issued by the Foreign Office, FM Shah Mahmood Qureshi chaired the meeting, which was also attended by China, Iran, Tajikistan, Turkmenistan and Uzbekistan.

The huddle holds importance after the announcement of an interim government by the Taliban.

The United States said it was concerned by the track records of some of the Cabinet members and noted that no women had been included. "The world is watching closely," a US State Department spokesperson said.

A peaceful, stable, united, sovereign and prosperous Afghanistan will contribute towards transit trade, people-to-people exchanges and security in the region, said the Foreign Office.

Earlier on September 5, Foreign Minister Shah Mahmood Qureshi had spoken to his Iranian counterpart to discuss the Afghanistan, as the Taliban gear up to announce a new government in the war-ravaged country.

The foreign minister had spoken to Iran's Hossein Ameer Abdollahian over the phone, stated Radio Pakistan, adding that both representatives agreed to continue consulting each other over the evolving situation in Afghanistan.

The two sides had exchanged views in detail about latest developments in Afghanistan and also agreed on holding a virtual conference of Afghanistan's neighbours at the level of representatives in the upcoming days.

FM Qureshi had said Pakistan attached significant importance to its relations with Iran, while his Iranian counterpart lauded Qureshi's "concerted efforts to evolve a coordinated strategy in the backdrop of situation in Afghanistan."