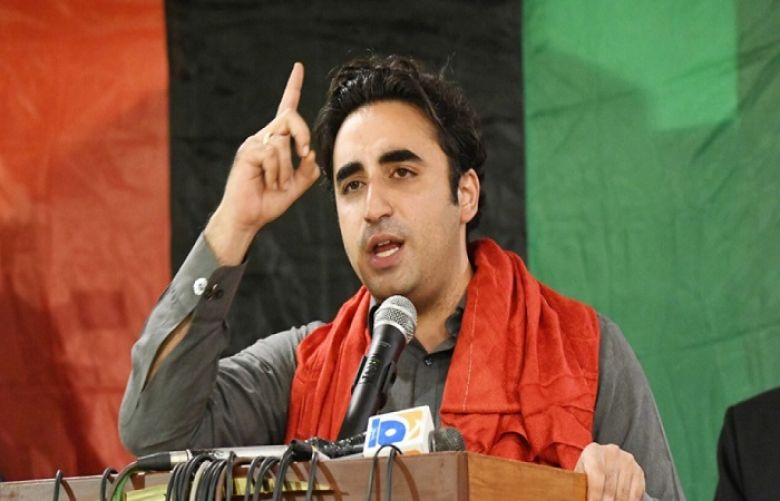 PPP Chairman Bilawal Bhutto Zardari on Sunday took his anti-government campaign to the heart of the PTI's rule — Punjab — where in the city of Dera Ghazi Khan, he called on his party jiyalas (loyalists) to "rise".

"My message to Punjab's jiyalas, is: rise, jiyalas, rise," he said, while addressing party workers in the city.

Bilawal said that "those who had stood firm in the face of dictatorship will see this selected ruler removed".

"Begin your preparations. Move ahead at full throttle. The next government will be that of the Peoples Party," he declared, adding: "The next prime minister and the next chief minister will be a jiyala."

"My message to all the jiyalas is that the country needs you once more," he continued.

"Let us work together and topple this puppet government," the PPP chairman said.

Bilawal claimed that with the people's support to the PPP, he will make South Punjab a reality.

The PPP chairman noted that the people are "hurting" and "every citizen is troubled". "What kind of Naya Pakistan has been imposed on us?" he asked.

"What kind of torment has this 'selected' brought? Inflation and unemployment are at a historic level," Bilawal said, using his most-oft used word for the prime minister.

He said that in the time of former president Asif Ali Zardari, who is co-chairman of PPP, a "revolutionary programme for women was launched" and "all employment records were broken".

"We had started the export of wheat and farmers were reaping economic benefits," the PPP chairman said.

He recalled that all four provinces were prospering then due to the China-Pakistan Economic Corridor.

"After the end of PPP's tenure, the people have been left orphaned," he said, adding: "There is no one to speak for the people."

Bilawal, continuing to censure the government, said that PM Imran Khan has "robbed people of money", "robbed them of meals" and "robbed them of their vote", adding that "we will not forgive him".

He said that the prime minister had also "left 20,000 people unemployed", after promising people millions of jobs and houses.

"He is robbing you of the roof over your head in the name of encroachment," Bilawal said.

"Khan sahab is snatching away the roti (food), kapra (clothing) and makaan (shelter) from the people," he added.

The PPP chairman said: "PTI and PML-N think that it is only by making the rich even richer that the country can prosper".

"No matter how much you support the rich, the economy will not benefit," he said.

"In PPP eras, support was always provided to the poor," he said.