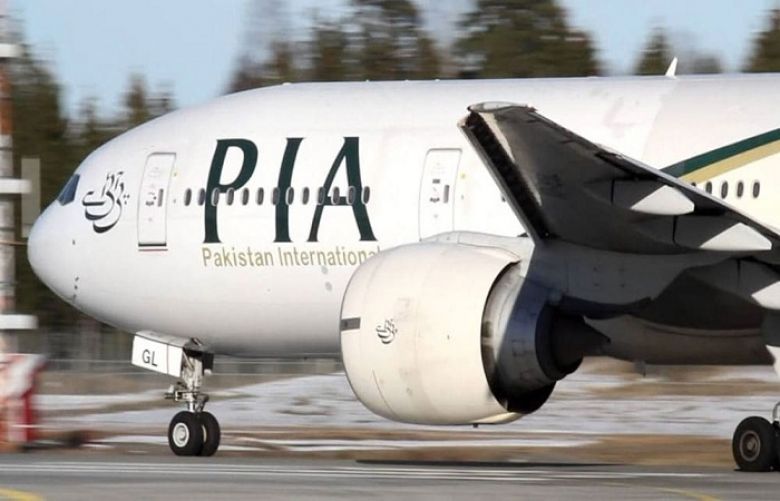 According to details, the incident occurred with an Airbus A320 owing to the alleged negligence of a tug master, resulting in damage caused to the wheel of the plane.

It emerged that during the pushback process, the connecting rod of the tug master broke down, resulting in infrastructural damage.

The PIA plane had to be grounded after the incident and passengers of the Quetta-bound flight were disembarked and shifted to the lounge of the Islamabad airport.

A PIA spokesman while commenting on the matter said that the front landing gear of the plane got damaged after the pressure pin and the connecting rod broke down after a brake failure.

The plane has been grounded and a team of engineers is dispatched to Islamabad, he said adding that the passengers have been sent to Quetta via another flight, PK-3205.

In March this year, two passenger planes of Pakistan International Airlines (PIA) narrowly escaped a mid-air collision due to an error caused in the system of the air traffic controller.

Two Pakistan International Airlines (PIA) aircraft came very close to each other after the error caused in the system of the air traffic controller.

A PIA flight PK-352 was heading towards Islamabad from Karachi, while the other PK-785 flight was moving towards London from Islamabad.

The pilots’ mental alertness averted the impending crash, saving hundreds of lives on board both jets. The Civil Aviation Authority (CAA) took notice of the near-miss and ordered an inquiry.