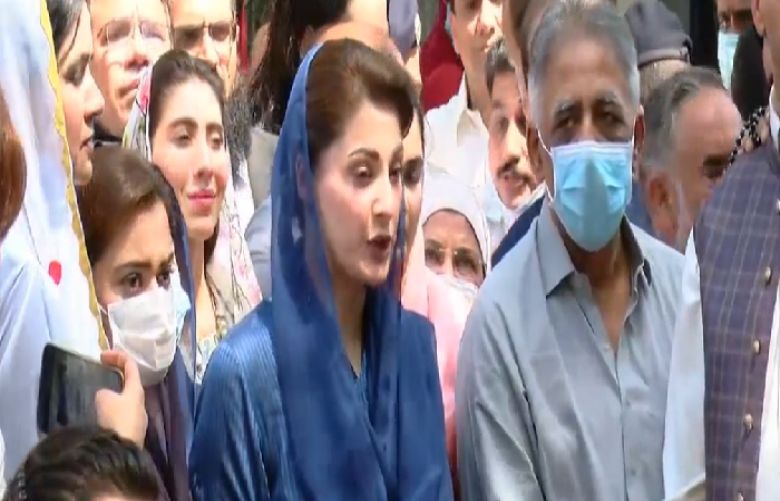 PML-N Vice-President Maryam Nawaz Wednesday lashed out at the incumbent government and described its past three-year performance as "nothing short of "destruction".

Speaking to the media after appearing for a hearing of the Avenfield reference case, the PML-N leader said reconciliation was out of the question.

"One should not even hold talks with these people [government]," she said, adding that except for the PTI, all political parties should unite and think about the welfare of Pakistan.

She commented on the Media Regulatory Authority, saying that the government is creating hurdles for the media and Opposition, adding that the bill was a continuation of the incumbent government's policies aimed at censoring the media.

Maryam said Opposition parties should concentrate on how the government is employing efforts to rig the upcoming elections. She said the government was exacting political revenge in the name of accountability.

In response to a question on Nawaz Sharif's return, she said:

"Circumstances have changed a lot. Very soon, you will see a lot of things change. Nawaz Sharif will return to the country when it is necessary for him to do so."

Proceedings of the Avenfield Reference against the PML-N vice president and her husband, Captain (retd) Safdar, have been postponed till September 8.