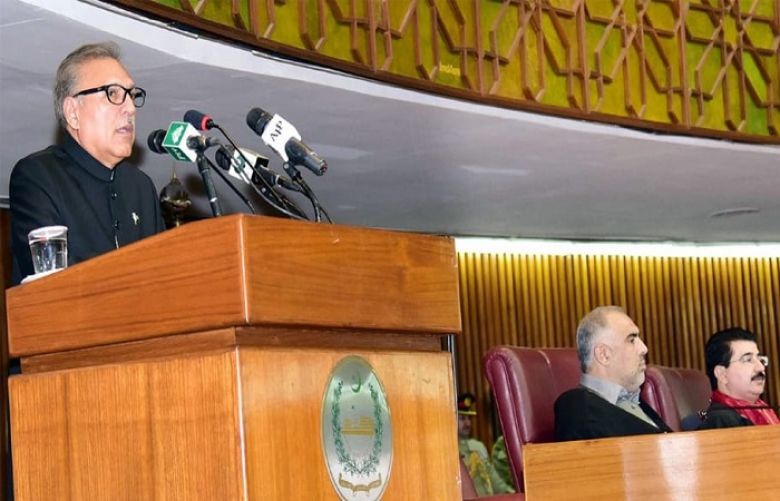 President Dr. Arif Alvi will address a joint sitting of both upper and lower houses of Parliament to be convened on September 13, said Adviser to the PM on Parliamentary Affairs Babar Awan on Monday.

The president’s address to the joint sitting of the Senate and National Assembly will mark the start of the new parliamentary year.

The PM’s aide was of the view that effective legislation could help overcome the challenges and issues facing the country. He said the fourth parliamentary year would see Parliament passing all pending laws with those concerning public welfare and well-being to be given priority.

Speaker Qaiser said Parliament’s performance during its past three years was laudable, giving its credit to both government and opposition.