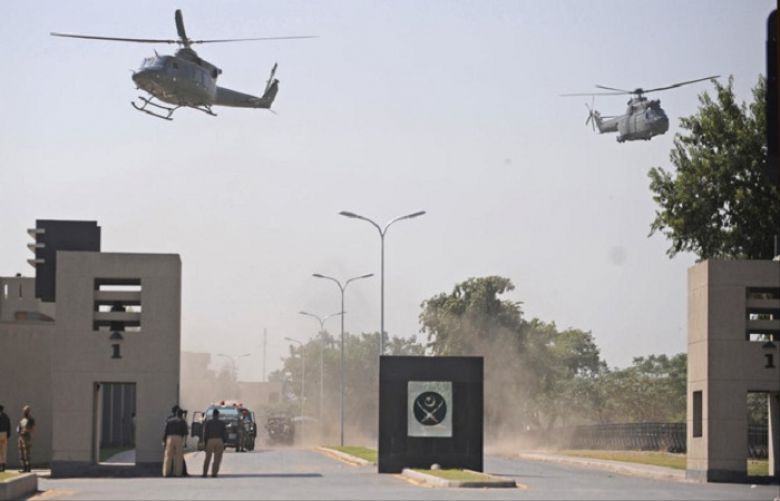 Members of the Senate and National Assembly standing committees will visit General Headquarters (GHQ) on Monday, where they would be taken into confidence on Afghanistan situation by top military leadership.

According to the details of the meeting, the top military leadership would take members of the Parliament into confidence over the Afghanistan situation at the GHQ.

The briefing was scheduled at the request of the parliamentary bodies that wanted to get an insight into the matters in the wake of the ongoing Afghanistan situation.

The members are directed to reach the GHQ at 9:30 am where the secretary defence, secretary foreign affairs, and secretary national security will brief the lawmakers besides a meeting with Chief of Army Staff (COAS) General Qamar Javed Bajwa.

The members would be briefed on the evolving Afghanistan situation and policy adopted by Pakistan in this regard.

On Friday, COAS General Qamar Javed Bajwa has conveyed to US Charge d’ Affairs to Pakistan Angela Ageler that Pakistan has no favourites in Afghanistan and their sole aim is to help achieve a peaceful, sovereign stable and prosperous Afghanistan.

He strongly condemned a terrorist attack at Kabul airport and expressed sorrow over the loss of precious lives. He also reiterated the combined resolve to fight terrorism and extremism to the core.