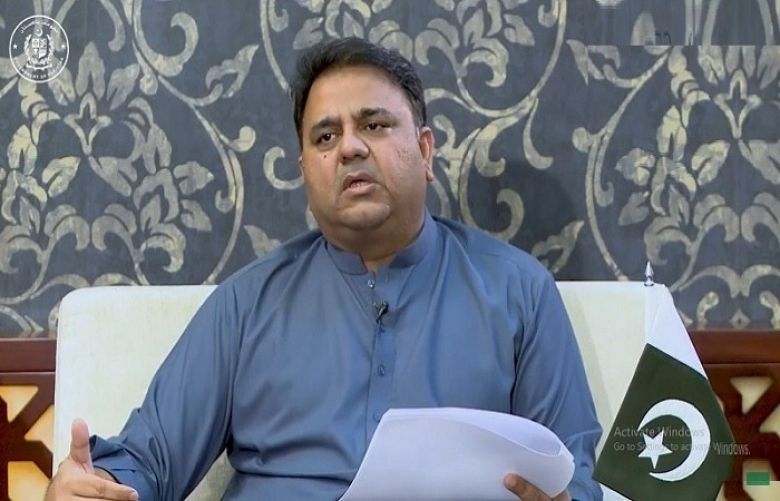 Recounting international recognition for Pakistan on evacuation efforts in Afghanistan, Information Minister Fawad Chaudhry on Saturday said "those who banned the Pakistan International Airlines (PIA) are now seeking assistance from the same airline for evacuation of their people" from the neighbouring country.

Chaudhry made these remarks in reference to the ban imposed by the European Union Aviation Safety Agency on the PIA in July 2020 over safety deficiencies and issues surrounding authorisation processes of pilot licencing.

Addressing a press conference in Karachi, the minister said the international powers must take decisions with rationale and not by force.

He said Pakistan had so far evacuated more than 4,400 people from Afghanistan, and of them, “PIA alone brought over 2,000 people to the country.”

“Apart from that, as many as 27,000 people arrived into Pakistan from the Chaman border and some from the Torkham border,” he said.

The minister said Afghan nationals possessing valid documents could come into Pakistan. “We will give our complete support to Afghanistan and it can only become stable if their institutions are intact.”

Chaudhry said the administrative vacuum in Afghanistan would further aggravate if the international community kept ignoring the war-ravaged country.

He remarked that the situation in Afghanistan could change if Pakistan’s advice was implemented and considered by the world. “We hold credit for prudent analysis on the Afghan situation and what was earlier said by our prime minister is now a reality,” he added.

The minister insisted that the world must not wait for Afghanistan to collapse. “We need to engage with authorities in Afghanistan and the world has the responsibility to help Afghans in governance along with maintaining social and political stability in the country.”

He highlighted that statements given by the Taliban to form an inclusive government were encouraging.

‘Valima at our expense’
The minister also took exception to the wedding ceremony of Maryam Nawaz’s son, Junaid Safdar, in London a few days ago, saying “They should first get back here, face courts and return our money.”

Chaudhry claimed that the “Valima ceremony” of [Safdar] had a total cost of more than $1 million. “We don’t have objections to such weddings, but they should not be at our expense,” he added.

The information minister also said the PML-N must decide about its leadership as “some people are chasing Maryam Nawaz while others are following Shehbaz Sharif.”

‘Sindh needs to be held accountable’
Chaudhry, while turning his guns on the Sindh government, said the federal government transferred Rs1.9 trillion to the province in the last three years and asked the media to question the provincial administration about its spending.

“They can only think of ways to transfer money [given by the federal government] to Dubai,” he alleged.

The minister said Sindh was the only province where the administration was indifferent to the basic health needs of its citizens. “Sindh is even not willing to give health cards to its people,” he pointed out.

“If we ask the Sindh government about proper spending of money, they blame us for interfering in provincial affairs,” he said, adding that every department in Karachi sought bribes from people to serve them.

He said the federal government couldn’t undertake even basic development works until it had the power to govern a provincial government.

“The Supreme Court should implement Article 140-A of Constitution in this regard,” he appealed.

He said local government elections being planned by the Sindh government were a farce. “If the control of administration, funds and planning is kept by the chief minister then what will the local administration do?” he questioned.