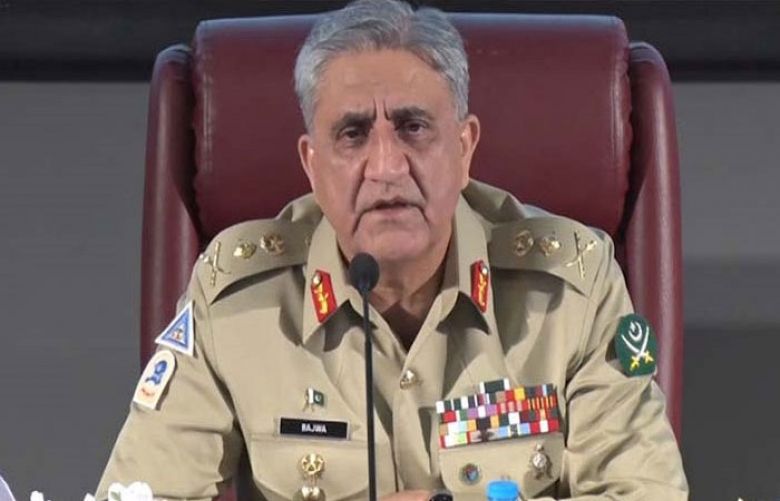 The Chief of Army Staff (COAS) General Qamar Javed Bajwa, on Friday visited the Pakistan Military Academy (PMA) Kakul and expressed satisfaction with the high standards of training being imparted to young cadets, a statement issued by the Inter-Services Public Relations (ISPR) said.

The COAS reviewed the flag presentation parade as the chief guest of the ceremony. He awarded the battalion standard to the 4th Pakistan Battalion which was raised on October 10, 2016.

Dilating upon future challenges in the view of changing dynamics of warfare, the COAS advised the cadets to wholeheartedly focus on training and remain abreast with the latest advancements in technology to prove equal to the task.

Gen Bajwa said the Pakistan Army is proud of its young officers who continue to lead their men from the front with courage and devotion to defend the freedom of the motherland.