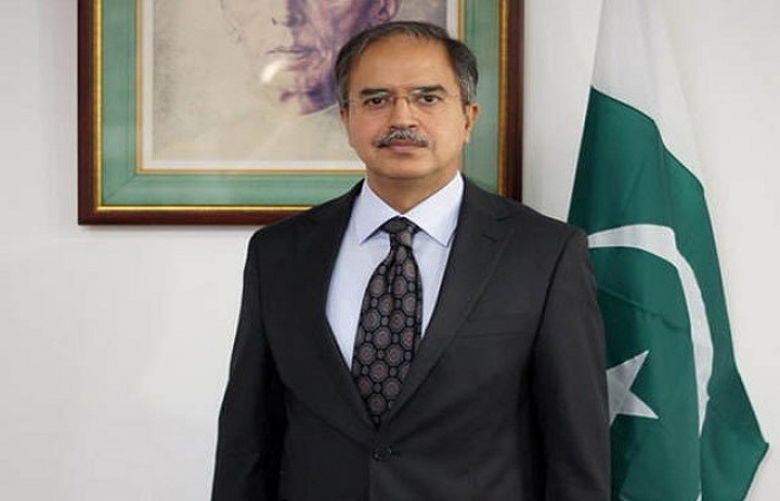 Pakistan's former ambassador to Thailand, Asim Iftikhar, has been appointed as the new spokesperson for the Foreign Office in place of Zahid Hafeez Chaudhri, the FO said in a statement on Friday.

Prior to his appointment as the spokesperson, Iftikhar held senior positions in Pakistan and in the country's foreign missions, the statement said.

Iftikhar graduated from the University of Engineering and Technology in 1991. He was appointed as a director in the Ministry of Foreign Affairs in 2009 and later also served as the director-general (United Nations) at the ministry from 2014 to 2017, according to the FO website.

Meanwhile, Chaudhri, who was appointed as the FO spokesperson in August last year, has been posted as the high commissioner to Australia and will leave soon to take up his post in the country, the FO statement further said.

This is the third time a Foreign Office spokesperson has been changed in less than two years.

On Aug 5, 2020, Chaudhri had replaced Aisha Farooqui who was appointed FO spokesperson in December 2019.

Farooqui was reportedly proceeding on a training course.