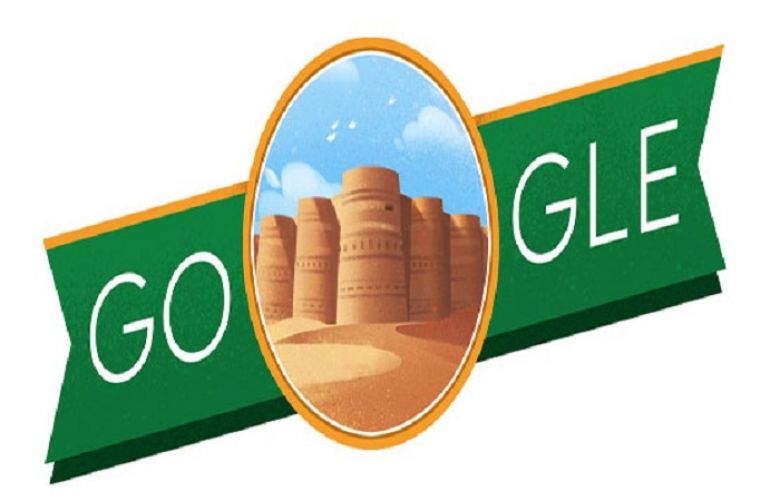 “Pakistanis across the subcontinent join to celebrate their freedom and honor the centuries of history that comprise its cultural foundation.”

In honor of this historic day, today’s Doodle artwork depicts the medieval Derawar Fort, a massive square edifice with a symmetrical perimeter of 40 massive circular bastions built in the 9th century.
Located in the vast expanse of western Pakistan’s Cholistan Desert, each of these ancient stone fortresses rises nearly 100 feet from the sand and comprise an imposing symbol of Pakistani adaptability and antiquity.

The Mughal-style forts once facilitated trade and transportation in a largely inhospitable environment. The forts served as critical infrastructure for both the protection and nourishment of desert caravans on their journeys across Central Asia to the Indian subcontinent. In 2019, the provincial Pakistani government announced a conservation initiative to protect this landmark from being lost to the sands of time.