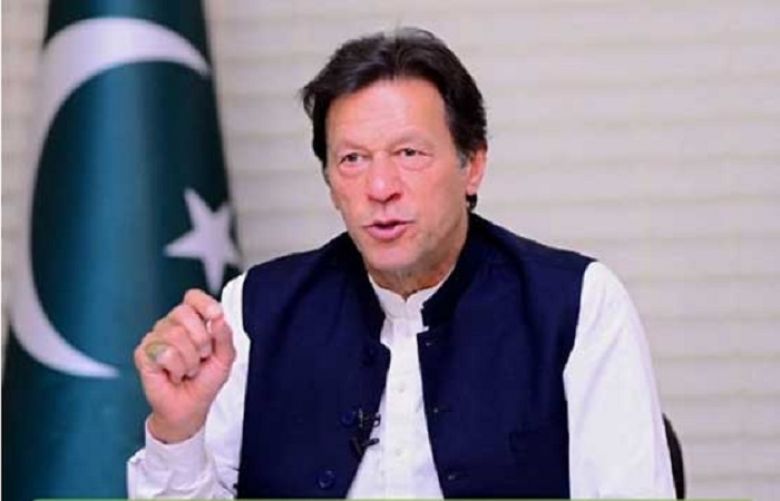 File Photo There is no military solution to the Afghan issue: PM Imran Khan

In an interview with a US media outlet, he said Pakistan is a partner in peace and cannot become a part of the dispute. He categorically said that there is no military solution to the Afghan issue.

PM Khan said Pakistan played a key role as a facilitator to bring the Taliban and the United States to negotiating table.

He said any kind of unrest and anarchy in Afghanistan will directly affect Pakistan and it will have to face multiple problems.

Imran Khan said the incumbent government revived the national economy after hectic efforts and now it cannot bear the burden of more Afghan refugees. Insurgency in Afghanistan will force more Afghanis to rush to Pakistan, but we cannot host more refugees, PM Khan made it clear.

He said there is 1500 kilometers long border between Pakistan and Afghanistan and for the first time, Pakistan is fencing along the Pak-Afghan border by spending a huge amount. “90 per cent of the work has been completed.”

The prime minister said Pakistan had nothing to do with 9/11 and New York incidents as no Pakistani national was involved in the 9/11 incident, but the country suffered a lot after the incidents.

Replying to a question about elections in Afghanistan, Imran Khan said the Afghan President Ashraf Ghani should have delayed the elections, as it would have provided an opportunity for to Taliban to participate in the political process.

Clarifying his comments on the rape crisis in the interview, PM Imran Khan said that his comments were taken out of context, and said that anyone who commits rape is solely responsible for the crime.

“The person who commits rape is fully responsible for the crime; the victim is never responsible” Prime Minister Imran Khan categorically states his thoughts on sexual crimes. He also claimed that his statement was taken out of context deliberately in an interview few weeks ago.

He said I used the word ‘Pardah’ during my interview and added that ‘Pardah’ brings the temptation down. He said that ‘Pardah’ is not restricted to women but it is for men as well.