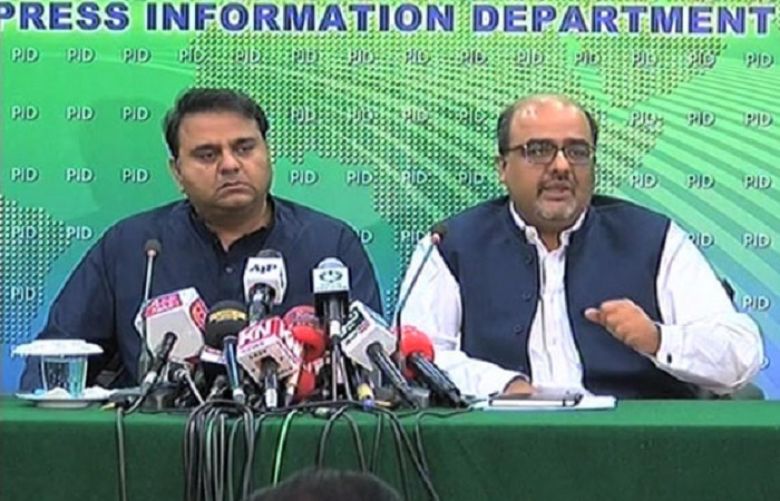 Adviser to Prime Minister on Interior and Accountability Shahzad Akbar on Saturday announced that PTI-led federal government has decided to investigate India’s use of Pegasus spyware to spy on the country’s public figures including Prime Minister Imran Khan.

He announced this while addressing a press conference here in Islamabad flanked by Federal Information Minister Fawad Chaudhry.

The SAPM said that the federal government has decided to launch an investigation into the Pegasus spyware scandal and a committee to probe the matter would be announced soon.

“Foreign Office officials, intelligence agencies FIA and other security institutions will be included in the committee to probe what kind of information was leaked by NSO’s Pegasus spyware,” he said.

Shahzad Akbar further said the committee would also ascertain whether an Indian cyber attack against notable figures of Pakistan remained successful or not. He said that the investigation will take two or three months to complete.

“India attacked the sovereignty of Pakistan through Pegasus spyware. Pakistan will also raise this issue with relevant United Nation bodies,” he said and added that Pakistan will use every legal option to protect its integrity and sovereignty.

“At least three numbers used by Prime Minister Imran Khan were also targeted by NSO Group and its Pegasus spyware,” the SAPM shared.

It is pertinent to mention here that the mobile phones of at least two dozen Pakistani senior defence and intelligence officials were allegedly targeted with technology owned by the Israeli spyware company NSO Group.

The alleged breach of privacy was discovered during an analysis of 1,400 people whose phones were the focus of hacking attempts in a two-week period earlier this year, the report says quoting sources familiar with the matter who wished not to be named.

The federal minister also demanded to public audio transcripts of Nawaz’s meeting with the Afghanistan NSA. He said PML-N should issue a clarification on it.

Earlier in a tweet, Fawad said: “Sending Nawaz Sharif abroad was dangerous because such people become helpful in international conspiracies.”

“Modi, Mohib or Amrullah Saleh every enemy of Pakistan is a close friend of Nawaz Sharif,” he added.