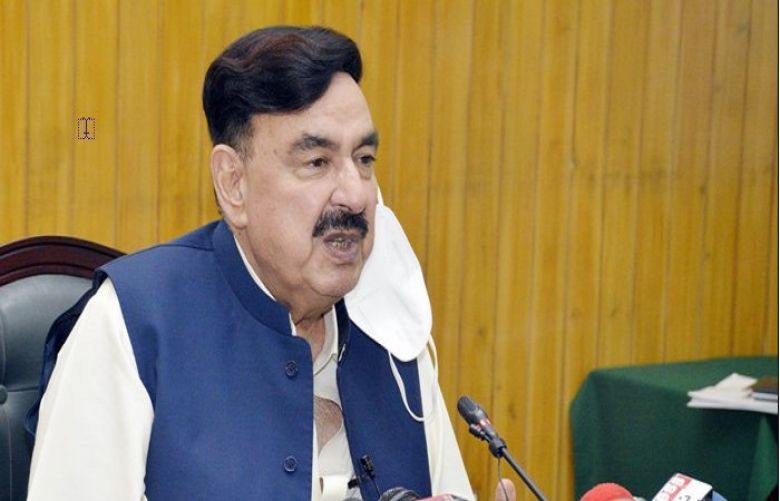 Addressing a press conference , Interior Minister said that opposition parties are crying foul even before votes are casted and added that he will report PTI win in the AJK polls from Lal Haveli.

Reacting to reports of meeting between Nawaz Sharif and Afghan NSA, Sheik Rashid said that according to web-based media, PML-N supremo met with RAW’ agents..

He further said that he doesn't perceive any eventual fate of Nawaz Sharif party in governmental issues and unseemly language of Maryam Nawaz will likewise annihilate her political vocation.

The interior minister  said that Nawaz Sharif and his family plundered public exchequer. He, while encouraging Nawaz Sharif to get back to country, guaranteed full security to him on his return.

Sheik Rashid further said that Pakistan remains with Kashmiris in their battle for freedom and Prime Minister Imran Khan battled their case in most ideal way while Fazlur Rehman neglected to do anything considerable for the reason.