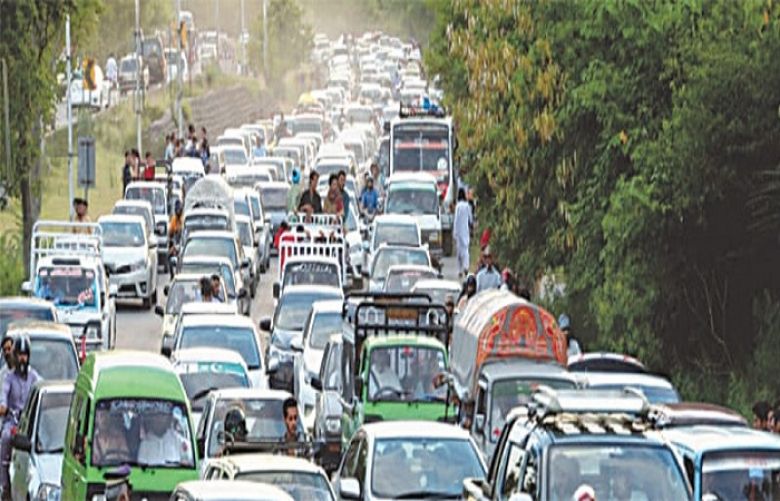 Hordes of tourists in Murree are enjoying second day of Eidul Adha along with their families and friends, reported on Thursday.

As per details, people in large number are reaching Murree and so far 38,000 vehicles have entered the Pakistan’s premier tourist site against the capacity of 3,200 vehicles, said the traffic police.

The entry of tourists in Murree is banned without the COVID-19 vaccination certificate as per the guidelines issued by the National Command and Control Centre (NCOC) to contain the spread of the deadly virus.
Chief Traffic Officer Rai Mazhar Tahir said 340 traffic personnel are deployed in Murree to guide the tourists.

Leaves for police officers have not been allowed during Eid-ul-Azha holidays, he added.

Police personnel have also been directed to work hard and provide the community a peaceful environment on Eid, he added