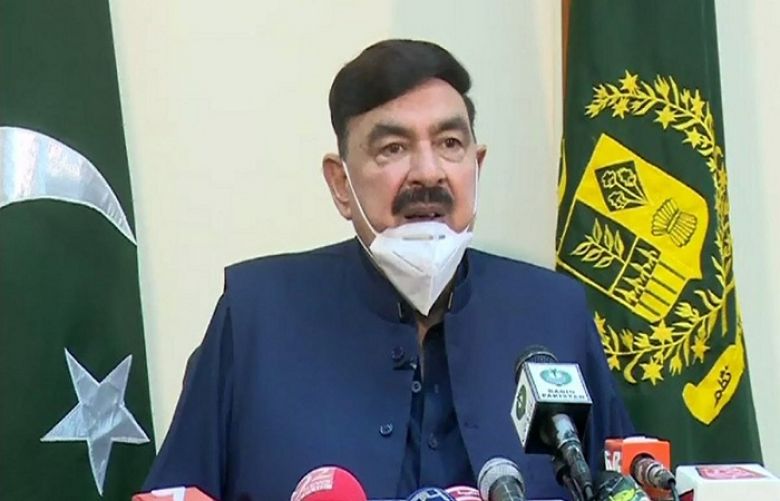 File Photo EFFORTS ON TO SOW SEEDS OF DISCORD BETWEEN PAKISTAN, CHINA: RASHEED

Addressing a press conference in Rawalpindi, Interior Minister Sheikh Rasheed said that the investigation into the Dasu bus tragedy has been completed and China is satisfied with it.
Dasu tragedy happened a day before the Joint Coordination Committee (JCC) meeting, he added. The minister said Israel, India along the anti-Pakistan lobby have waged hybrid war against Islamabad.

Commenting on the alleged abduction of Afghan’s envoy daughter, Interior Minister said that the envoy’s daughter went to Khadda Market and then reached Rawalpindi and Daman-e-Kooh. She kept using the internet and when she gave her phone for investigation, it was completely wiped out.

“All four taxi drivers have no criminal record and are clear,” he said and added that Islamabad has completed its investigation into the matter and hoped that daughter of the Afghan envoy Najibullah Alikhil will soon be part of the investigation.

Replying to a query, Sheikh Rashid said that Pakistan’s desire for peace and stability in Afghanistan and whatever the Afghans will decide will be endorsed by Pakistan. He said Pakistan Armed Forces are ready for any situation.