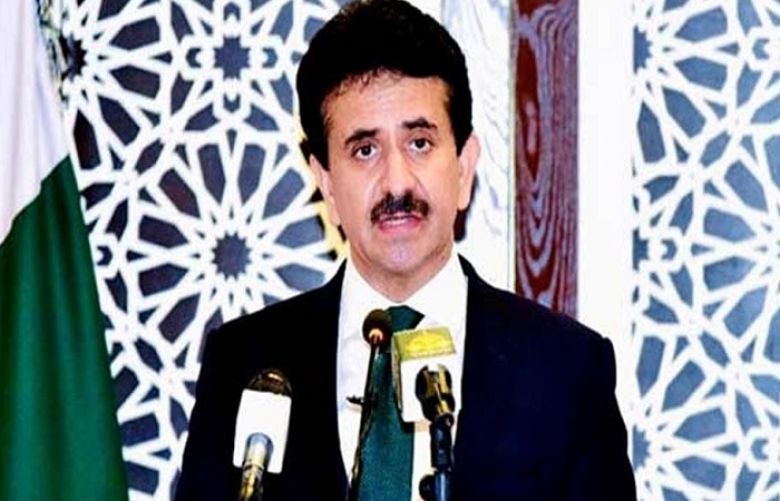 Following the decision of the Government of Afghanistan to recall its Ambassador and senior diplomats from Pakistan, the Foreign Office said that the move is "unfortunate and regrettable," according to a  statement.

"​​The reported abduction and assault of the ambassador’s daughter in Islamabad is being investigated and followed up at the highest level on the instructions of the Prime Minister. The security of the Ambassador, his family, and personnel of the Embassy and Consulates of Afghanistan in Pakistan has been further beefed up," the statement read.

It added that the foreign secretary met the ambassador of Afghanistan today, highlighted all the steps taken by the government in this context, and re-assured him of full cooperation.

"We hope that the Government of Afghanistan would reconsider its decision," the statement said.

The statement came after Afghanistan on Sunday said it was recalling its ambassador to Islamabad and all senior diplomats over "security threats" after the top envoy's daughter was briefly "kidnapped" in the Pakistani capital this week.

"Following the abduction of the daughter of Afghan ambassador in Pakistan, the leadership of the Islamic Republic of Afghanistan have recalled the Afghan envoy and other senior diplomats from Islamabad back to Kabul until all the security threats are removed," the foreign ministry said, demanding the arrest and prosecution of kidnappers.

Afghan ambassador's daughter was not abducted: interior minister
Minister for Interior Shaikh Rasheed Ahmed on Sunday said that the incident involving the daughter of the ambassador of Afghanistan to Pakistan "was not an abduction" at all.

On Saturday, reports of the ambassador's daughter being "abducted" and "tortured" a day prior surfaced, with a statement by the Afghan foreign ministry saying that the girl was "abducted for several hours".

The Foreign Office issued a statement in response on Saturday saying that a thorough probe has been launched and law enforcement agencies "are trying to trace and apprehend the culprits to be brought to justice".

In the meanwhile, the security for the ambassador and his family was "beefed up", according to the statement.

Prime Minister Imran Khan had instructed the interior minister to get to the bottom of the matter within 48 hours.

Last night, the minister shared an update into the probe, saying that the woman used the services of two taxis and that the driver of one has been contacted, while the other will be traced after a written statement is provided by the family.

Today, the minister said that the daughter had first claimed that her phone was stolen, "and later handed her phone over but with the data deleted".

He said that the CCTV footage of the time of the incident had been reviewed and it was found that there were not two, but three taxis that she had used.

"She took a taxi from Daman Koh and did not return home," said Rasheed.

The minister said three videos had been reviewed, whereas an attempt to acquire a fourth is being made.

"The girl went from F-7 to Daman Koh and then over to the F-9 Park area," the minister said, detailing the events of the day.

He said that when the girl stepped out of the home, she walked over to Khadda Market first for shopping.

The minister said that a point in her journey, ahead of the Gakhar Plaza, is a blind spot at the moment as the authorities have not been able to obtain the footage for the area yet.

"The girl also used her mobile phone internet services while at Daman Koh," he said.

The minister went on to say that the photograph of the girl circulating on media "does not belong to the girl".