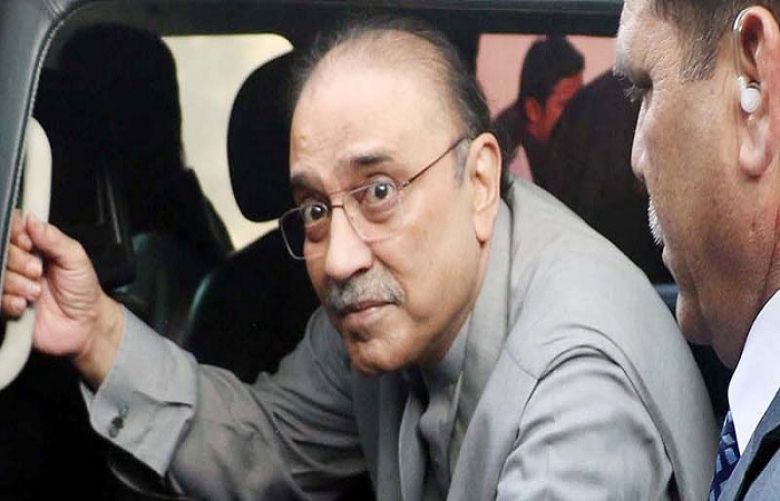 The Islamabad High Court (IHC) granted on Wednesday pre-arrest bail to former president and PPP co-chairman Asif Ali Zardari in a NAB inquiry pertaining to his alleged ownership of a pricey apartment in New York.

An Islamabad High Court (IHC) bench approved Asif Ali Zardari’s bail until July 28 subject to submission of surety bonds worth Rs500,000. The court issued a notice to the National Accountability Bureau (NAB) to file its reply to his bail plea on next hearing.
The ex-president Asif Ali Zardari turned up before the court in pursuance of its summon.

He moved the bail petition in the Islamabad High Court after the bureau served him a notice along with a questionnaire to provide information about his Belair apartment.

“This notice hinges around the property at the Belaire, 524 East 72nd Street, 37F, Manhattan, New York, United States,” read the notice. It said an initial inquiry revealed that former president and PPP co-chairman Asif Ali Zardari owns the apartment, however, “this property does not figure out in the disclosures made by you in Pakistan”.

“Moreover, there appears no lawful remittances by you from Pakistan for the acquisition of the said property as well. In view thereof, you are requested to provide detailed answers to the enclosed questionnaire along with supporting information/documents concerning the subject Apartment in New York City, United States,” the notice said.