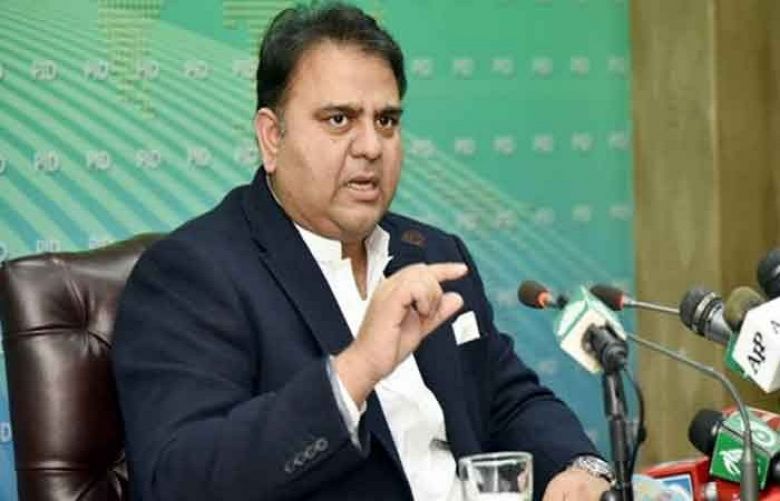 Minister for Information Fawad Chaudhry on Friday commented on the prime minister's absence from the military and intelligence leadership's briefing on national security, Afghanistan and Kashmir to parliamentary leaders, claiming that the premier had not attended the briefing to accommodate the leader of opposition.

"The prime minister was scheduled to attend the national security huddle, but the opposition leader [Shahbaz Sharif] had conveyed to the speaker that if [Prime Minister Imran Khan] came to the briefing, he would not attend," Fawad said during an appearance on Geo News's morning show Geo Pakistan.

Echoing the talking points from a day earlier, Fawad said the government hopes and prays that there is a peaceful transfer of power in Afghanistan.

"There are three million Afghan nationals in Pakistan — if another three million are pushed in, it will put a lot of pressure on our economy," he said.

"It won't be so easy for the Taliban to take over the government," Chaudhry said on the prospects for peace in the war-torn neighbour. "We want that the Afghan Taliban and the Ghani government negotiate [a way out]."

"We are only concerned when India uses Afghan territories against us," he added. "[Meanwhile, we will continue to try and mediate between the Afghan Taliban and the Ghani government."

Responding to the information minister's comments, PML-N spokesperson Marriyum Aurangzeb, in a statement, said: "Fawad Chaudhry is lying [...] He is a propaganda machine."

The PML-N spokesperson asked how Shahbaz could deny the request when the Speaker had invited him. "Please present any official document from Shahbaz or his office" denying the Speaker's request, she demanded.

"Did Imran Khan leave the National Parliamentary Committee meeting on coronavirus because of Shahbaz?" she asked.