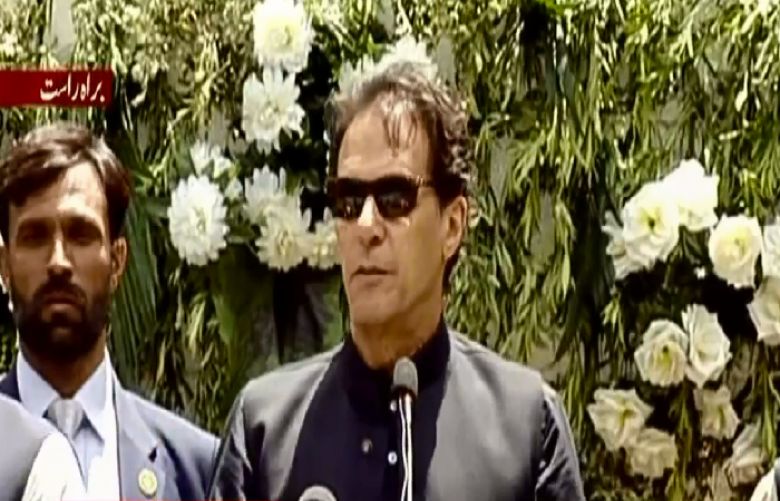 Prime Minister Imran Khan on Monday stressed the need to promote tourism in Pakistan during his visit to Naran and said that even Switzerland could not match the beauty of tourist spots in the country,  reported.

Speaking to tiger force members in Naran, the prime minister said that he was delighted to see more trees being planted in the area during the aerial visit.
“Our future generations would be thankful to us that we cared for them,” he said and added that previously the forests and trees were ruined.
He said that no place in the world could match the beauty Pakistan has and it is their responsibility to take care of such blessings of Almighty Allah.

The prime minister Khan also stressed the need to hire local volunteers to keep a watch on forests saying that they are more aware of the local dynamics and know people involved in cutting trees in their respective areas.

“Trout fish in River Kunhar is loved by people across the country,” the premier said while highlighting another tourism potential and added that promoting tourism in these areas would bring money and job employment opportunities for locals.

Prime Minister Imran Khan further highlighting the potential of tourism said that even Switzerland could not match the beauty in Pakistan. “Switzerland is half of Pakistan’s northern areas and yet it generates US$80 billion from tourism,” he said.