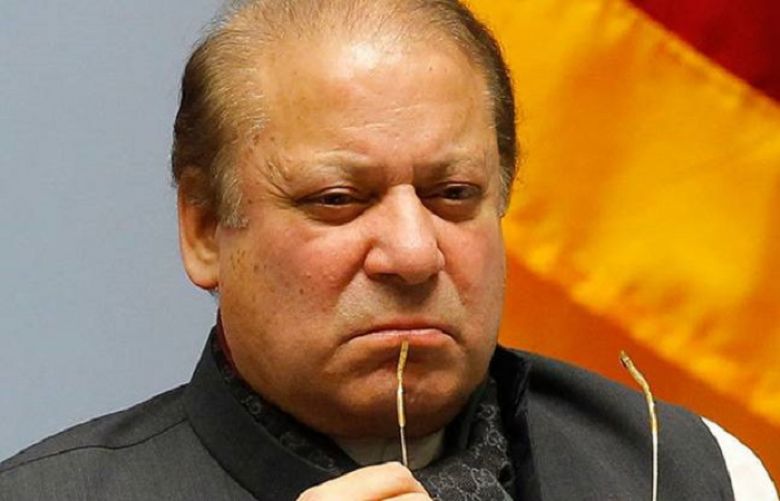 IHC judges Justice Umar Farooq and Justice Mohsin Akhtar pronounced a nine-page judgment that was earlier reserved after listening of arguments from the National Accountability Bureau prosecutor and amicus curiae.

The verdict means that the judgments pronounced by the accountability court for the two cases have been upheld.

According to the IHC judgment, Nawaz is a proclaimed offender and so "there was no choice but to dismiss the pleas" owing to his continued disappearance from court.

The judgment observed that if Nawaz returns or is caught by the authorities, an application for a renewal of appeals can be filed.

The former prime minister had filed appeals with the IHC against the decisions of the accountability court.

Accountability court judge Mohammad Bashir had on July 6, 2018, convicted Nawaz in the Avenfield reference and sentenced him to 10 years in prison.

However, an IHC division bench comprising Chief Justice Minallah and Justice Miangul Hassan Aurangzeb suspended the sentence in the reference and later granted him bail allowing him to travel abroad for medical treatment.

Meanwhile, accountability judge Mohammad Arshad Malik had on Dec 24, 2018 convicted Sharif in the Al Azizia reference and sentenced him to seven years imprisonment, besides imposing fines of Rs1.5 billion and $25 million.

He was acquitted in a joint reference with the Al Azizia reference — the Flagship investment reference.

Reacting to the development, Minister for Interior Sheikh Rasheed Ahmed said that the "sluggish" Opposition does not pose any threat to Prime Minister Imran Khan.

He said that the PTI had won the 2018 general elections with the mandate of bringing back the wealth that was looted from the country.

"This crippled Opposition cannot topple the government," the minister said.

Adviser to Prime Minister on Interior and Accountability Shahzad Akbar said that the government has once more reached out to the British government for the deportation of Nawaz.

He said that the PML-N supremo has applied for an extension in stay based on medical grounds, adding that if the UK does decide to deport him, he will have the right to appeal the ruling.

Akbar said that the Pakistan government has informed Britain that Nawaz is a convicted felon.

He said that Nawaz Sharif "is not ill, he is healthy" and must appear before the court.

"If the court acquits him, we will not object," he said.

Akbar said that Nawaz must let the government know who poses a threat to his life, and he will be provided security.

"Even if he needs a bullet proof vehicle, we will provide it. But he must return to Pakistan," the adviser said.

Minister for Information and Broadcasting Fawad Chaudhry hailed the verdict, terming it a "victory for the people of Pakistan".

He said Nawaz and his family "must return the wealth stolen" from the nation.

The minister said that Maryam Nawaz's sworn affidavit "was fake".

He further declared today's decision to be a triumph for the PTI's stance.

"Nawaz Sharif is an absconder and he has been fined but he is unwilling to pay it," he added.