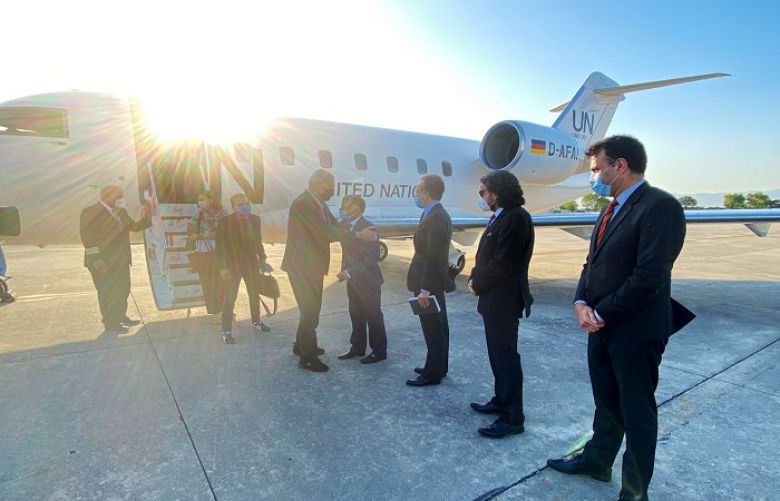 On his arrival at the airport, the UNGA president was received by senior officials of the foreign ministry, the UN Representative in Islamabad and Turkish Ambassador Mustafa Yurdakul.
“After an important and fruitful official visit to Bangladesh, I arrived in Islamabad for my official visit to Pakistan. I look forward to my important meetings tomorrow in Islamabad,” Volkan Bozkir said in his tweet.
The Foreign Office while detailing the visit said that the UNGA president is undertaking a visit from 26-28 May 2021 to Pakistan at the invitation of Foreign Minister Shah Mahmood Qureshi.

During his stay in Islamabad, Bozkir will have detailed talks with the foreign minister and call on the leadership. The interactions will cover a wide range of political and socio-economic issues on the UN agenda. Mr. Bozkir will also deliver a talk on the “Importance of Multilateralism.”

Volkan Bozkir is the first Turkish national to preside over the UN General Assembly. He is a former diplomat and a senior politician. Following his 39-year long illustrious diplomatic career in the Turkish Foreign Service, Bozkir was elected thrice as a member of the Turkish Parliament and has served as the Chairman of the Parliamentary Foreign Affairs Committee and Minister for E.U. Affairs.

He also visited Pakistan in August 2020 before taking up the prestigious position of President of the UN General Assembly, the Foreign Office said while sharing the details.

The FO spokesman said that the visit of the UNGA president would lend an opportunity to showcase Pakistan’s active contributions to multilateralism and the central role of the United Nations in international affairs.