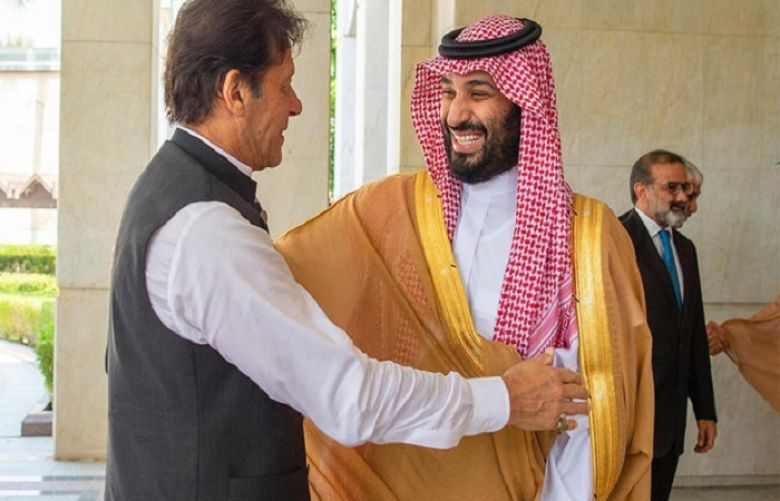 Saudi Crown Prince Mohammed bin Salman has accepted Prime Minister Imran Khan's invitation to visit Pakistan and it is expected he embark on an official visit to the country after Eid.

PM Imran Khan is in Saudi Arabia to hold meetings with the top Saudi leadership in a bid to strengthen ties between Islamabad and Riyadh.

Saudi Arabia, as per Foreign Minister Shah Mahmood Qureshi, has committed to provide $500 million (Rs 75.50 billion) to Pakistan from the Saudi Development Fund for development of infrastructure, water resources and hydropower projects in Pakistan.

Later, in a video message Qureshi said, “The prime minister’s visit is proving highly productive and there is good news for Pakistan and the Pakistani people”.

However, he did not give details of what the good news for the people of Pakistan was.

Qureshi had mentioned earlier that Pakistan would benefit since out of 10 million workers that Saudi Arabia needed in the next 10 years, many would come from Pakistan.

“In Mohammed Bin Salman’s view, to achieve the goals set under the vision they would need massive manpower. They have estimated that they would need at least 10 million workers in the next 10 years.