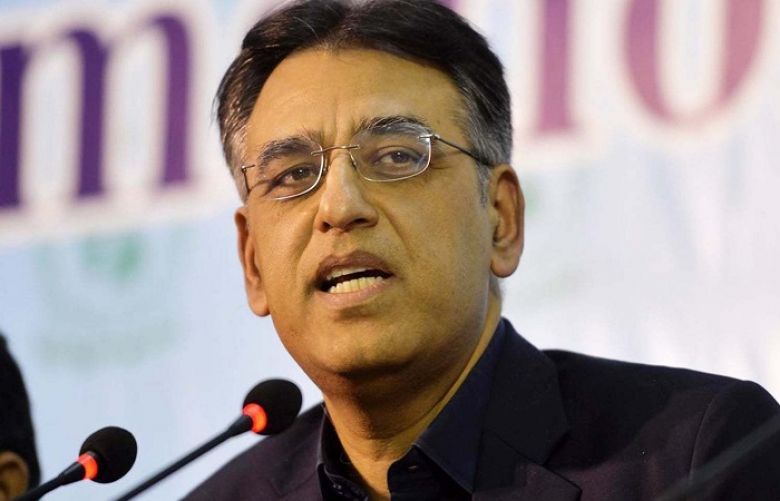 Planning and Development Minister Asad Umar has shared an interesting anecdote to explain that Prime Minister Imran Khan will dissolve the assembly if it comes in the way of his vision for the country.

Sharing a short clip from a talk show on Twitter on Saturday, the federal minister said: "I was asked if Imran Khan can dissolve the assembly, see the answer in this clip. Imran Khan is not a politician, he is a leader."

"He never came into politics for power. Power is only a means of serving the people," the federal minister asserted.

Umar shared an incident from the time when the now ruling PTI had a coalition government in Khyber Pakhtunkhwa (KP).

"There was a group comprising 10-12 people protesting against the government. The prime minister called me in a meeting where he planned to address the issues raised by the protesters. He called for a pen and a paper to literally note down all their concerns," Umar narrated the incident.

But by the end of the meeting, Asad Umar quoted the premier as saying: "If anybody thinks they can fulfill their demands by blackmailing me, I will break the government today, not tomorrow."

The minister said that the premier will undoubtedly curtail his time as a prime minister if he feels that his vision to serve the people is not being accomplished.

"The man doesn't want power but wants to serve his people," Umar stressed.