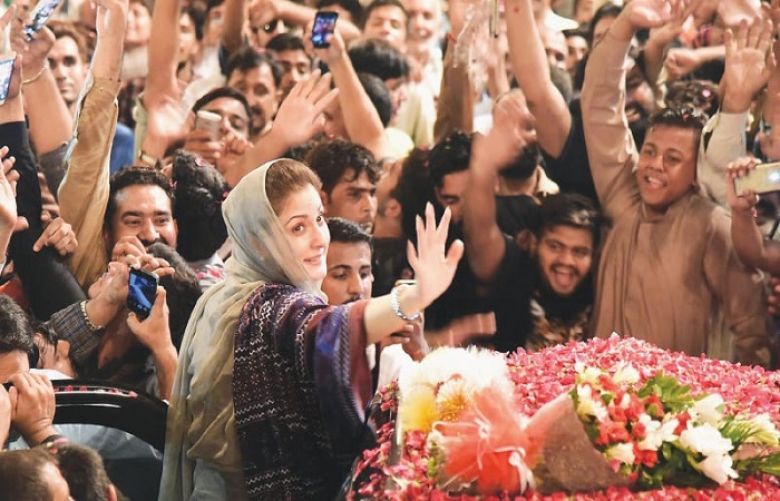 Earlier, the PML-N leader said that she will visit Karachi for the election campaign in NA-249 by-elections. PML-N Karachi has constituted committees for the welcome of the party’s central leader.

Maryam Nawaz will arrive in the port city for three days to help election campaigning for the PML-N candidate Miftah Ismail.

Earlier, talking to media in Lahore, Maryam said that she would be going to Karachi and called upon the people of the constituency to vote for PML-N candidate in the NA-249 by-election for Karachi’s progress and development.

The election commission had issued an advance warning to Miftah Ismail, about Maryam Nawaz’s visit of the constituency.

“According to our information, Maryam Nawaz will likely to visit the constituency. The members of the national and provincial assemblies should not accompany with her during the visit of the constituency,” the ECP said in its prior warning to the PML-N candidate.

The NA-249 seat had fallen vacant after Faisal Vawda of the Pakistan Tehreek-i-Insaf (PTI) resigned from the National Assembly for his Senate seat. In the 2018 general elections, Vawda had defeated PML-N president Shehbaz Sharif in the constituency with a narrow margin.

The by election in the NA-249 constituency will be held on April 29.