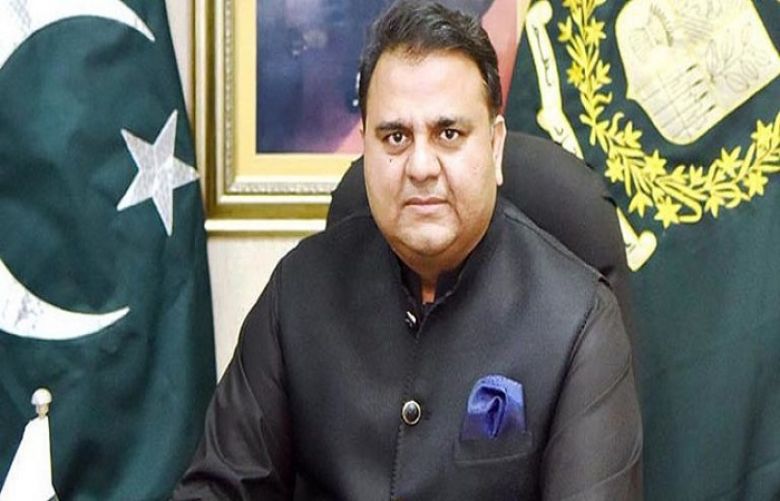 Gill, terming it a great choice, said Chaudhry was a popular figure due to his political consciousness, intelligence, and people-friendly style.

Earlier, Senate Standing Committee on Information and Broadcasting chairperson Senator Faisal Javed Khan had confirmed that Chaudhry had been reappointed as the federal information minister.

He congratulated Chaudhry for getting reappointed and wished him all the best.

This is the second time Chaudhry has been given the portfolio in 2.5 years. The first time was in August 2018. Subsequently, in April 2019, he was handed the science and technology ministry.

It is not clear whether he will remain the minister for science and technology.

Dr Firdous Ashiq Awan was appointed the special assistant to PM on information and broadcasting after Chaudhry, but was replaced with Senator Shibli Faraz in April, 2020.

After the Senate elections, Prime Minister Imran Khan made several changes to the cabinet and giving additional charge to Chaudhry of the information ministry was one of them.

Shortly after Khan congratulatory tweet, it was reported that Chaudhry called on Prime Minister Imran Khan.

The two reportedly discussed the political situation in the country.

Chaudhry is expected to receive a notification from the Ministry of Information today, the sources added.