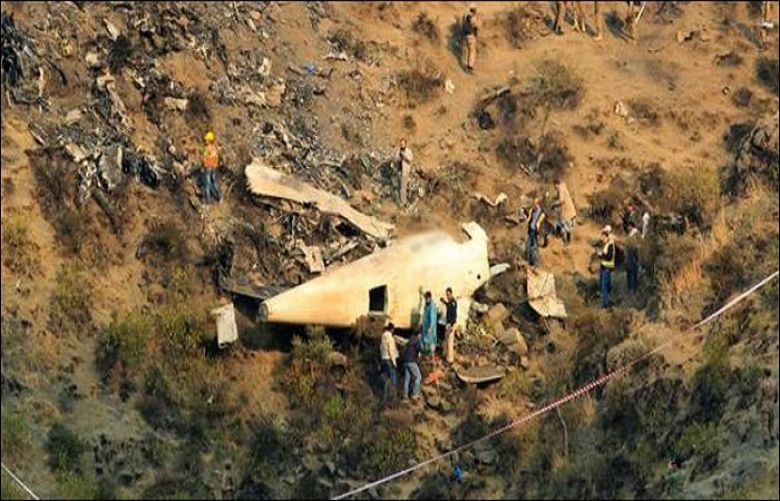 On 7 December 2016, Pakistan International Airlines Flight 661, a domestic passenger flight from Chitral to Islamabad, operated by an ATR 42-500 twin-turboprop, crashed near Havelian. All 47 people on board, including singer-turned-preacher Junaid Jamshed and the Deputy Commissioner of the District of Chitral were dead.

Khalid Mumtaz in his plea stated that crashed ATR plane was faulty from 2013. “Complete data of the ATR plane fault is available.”

The applicant pleaded with the court to order immediate grounding of all ATR aircraft of Pakistan International Airlines. The SHC has served notices to the PIA and the Civil Aviation Authority (CAA) of Pakistan and has sought their response on the next hearing.

The final investigation report, stated that a fractured turbine blade triggered a “complicated” sequence of failures that culminated in the fatal Havelian PIA crash in 2016.

“The dislodging / fracture of PT-1 blade of No 1 Engine occurred after omission from the EMM (Non-Compliance of SB-21878) by PIA Engineering during an unscheduled maintenance performed on the engine in November 2016, in which the PT-1 blades had fulfilled the criteria for replacement, but were not replaced,” according to a report.

The report said that in February 2017, PIA Engineering reviewed the life of the old design PT-1 blades. “PIA Engineering decided to change the soft life as a hard life of 10,000 hrs irrespective of the conditions given in the maintenance manual (an action overboard towards safe side).”

The report said that most probably, the PT-1 blade had fractured during the previous flight (Peshawar to Chitral).