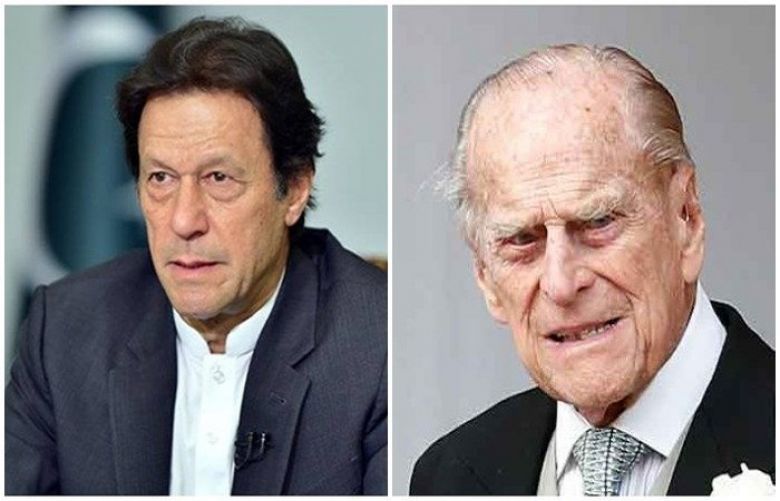 Prime Minister Imran Khan on Friday extended his condolences to the people and government of Britain upon the demise of Prince Philip, Duke of Edinburgh, who passed away at the age of 99.

"Britain has lost a wise elder who was imbued with a unique spirit of public service, PM Khan wrote in a Twitter message.

My condolences on the demise of HRH Prince Philip, Duke of Edinburgh. Britain has lost a wise elder who was imbued with a unique spirit of public service. His role in promoting Pakistan-UK relations will always be remembered.

"His role in promoting Pakistan-UK relations will always be remembered."

On Friday, Buckingham Palace announced the death of Prince Philip, the Duke of Edinburgh and the husband of Britain's Queen Elizabeth II.

He was 99 years old — the longest-serving and oldest-ever consort of the United Kingdom's monarchy.

"It is with deep sorrow that Her Majesty The Queen announces the death of her beloved husband, His Royal Highness Prince Philip, Duke of Edinburgh," the Palace said in a statement.

"His Royal Highness passed away peacefully this morning at Windsor Castle."

While the cause of death has yet to be revealed, Philip had been hospitalised over the past few years, most recently in February.

News of his death came after the monarchy was recovering from Prince Harry and Meghan Markle's explosive interview with Oprah Winfrey, where they levied harsh claims against the royal family.