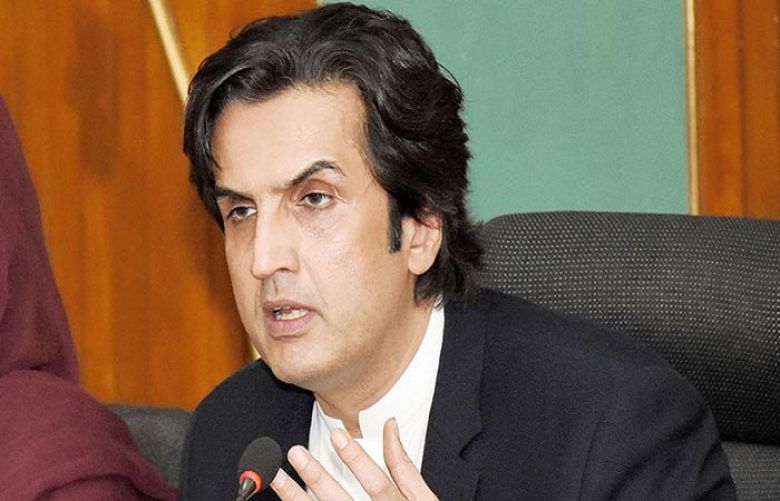 The Federal Investigation Agency (FIA) on Thursday issued a notice to the sugar mill of Makhdoom Shehryar, the brother of the Federal Minister for Economic Affairs Khusro Bakhtiar, for allegedly selling sugar through the practice of satta (price-fixing through collusion).

According to the notice, Makhdoom Shehryar has been summoned at the FIA's office on April 15, 2021, and he has been ordered to bring the documents related to the selling of sugar through satta.

Makhdoom has also been asked to submit the explanation of the procedure adopted by his sugar mill to sell and book sugar through satta.

Per the notice, the administration and shareholders have been accused of being involved with the satta mafia, adding that the latter is minting illegal money with the help of sugar mill owners.

As the matter surfaced, Minister Khusro Bakhtiar said that he previously had shares in the company but does not have them anymore.

Last month, the Commercial Banking Circle of the FIA had arrested seven people allegedly involved with the sugar satta mafia which persistently increased sugar prices by creating an artificial shortage of the commodity.

The FIA had recently launched a crackdown against the sugar satta mafia for its involvement in money laundering. The suspects, who were arrested, allegedly colluded with the sugar mill owners to create the situation. During an operation, three brokers — identified as Dayal Das, Santosh Kumar, and Raj Kumar — were arrested first.

In the second operation, four more people were taken into custody for their alleged involvement in the sugar scandal.

According to the FIA, the accused had created different social media forums and fake bank accounts to carry out illegal activities.

Sources at the FIA said that the accused were involved in creating an artificial shortage of sugar because of which the price of the commodity had skyrocketed.

Currently, there are two cases registered against the accused at the Karachi branch of the FIA which were filed in accordance with the Anti-Money Laundering Act.

To carry out further investigations, the FIA has also obtained a remand for the arrested individuals from the court.

The sugar mafia earned Rs110 billion in a year by increasing the sugar prices from Rs70 to Rs90 via satta and stashed the illegally-earned money in fake and secret accounts, the FIA said.

Almost all the major sugar-producing groups — some of which belong to major political parties — including Sharif Group, Tareen Group, Alliance Group, Almoiz Thal Group and Hamza Group, were found to be involved in satta, the agency added.

He said owing to the sheer volume of the data gathered, "thousands of books" can be printed.

Rizwan said that 10 cases have been registered against the sugar mafia while 40 people have been identified who "were all in touch with each other".

The FIA had decided to investigate and scrutinise the accounts of prominent members of the sugar satta mafia, and then arrest them after registration of cases under the Anti-Money Laundering Act, said the director.

Rizwan said of the "satta" mafia groups, 10 are from Lahore, while others are located in Multan, Hasilpur, Khanewal, and Bahawalpur.

It was also revealed that the sugar mafia conspired to further increase sugar prices through satta in the month of Ramazan.