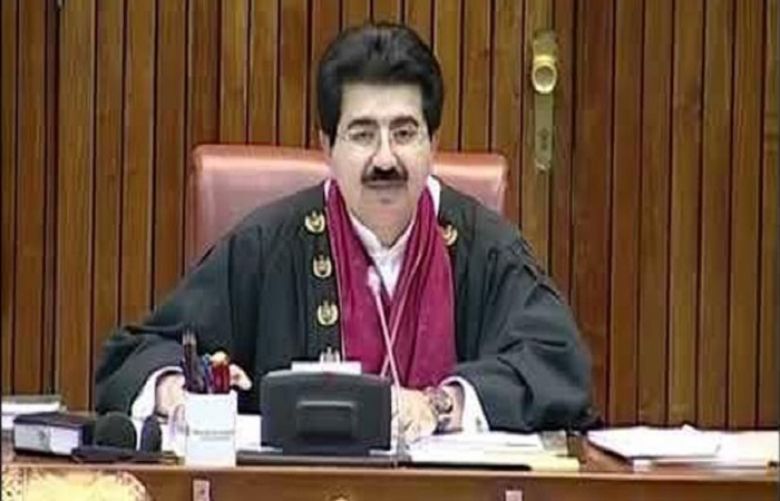 Five opposition parties in the Senate, who had earlier decided to constitute an independent group in the House consisting of 27 members, demanded they be allotted separate opposition benches in the Senate. These parties are PML-N, JUI-F, Pashtunkhwa Milli Awami Party, National Party and BNP (Mengal).

The group is being led by the PML-N designated opposition leader Senator Azam Nazir Tarrar.

"We should be allotted separate opposition benches and the hidden cameras [in the Senate elections] should be investigated," Senator Tarrar said.

Senators supporting Opposition leader Yousaf Raza Gillani protested Tarrar's remarks. Government members, too, protested when senators from the Balochistan Awami Party were presented with gifts and a commotion broke out in the House.

Tarrar said that 27 senators from five parties have formed a separate opposition group. He said the opposition will play a "positive and constructive" role.

He said he was saddened by the appointment of the Leader of the Opposition.

On the other hand, the Dilawar Khan group, which supports Gillani, also demanded separate seats in the Senate.

The House met today after the election of new senators on March 3, the Senate chairman and deputy chairman on March 12 and notification of Leader of the Opposition in the Senate Yousaf Raza Gillani on March 26.

Opposition leader in the Senate Yousaf Raza Gillani said he will work with all Opposition parties and will also speak on behalf of the government if ever need be.

"The PDM has become the voice of constitutional rights for women, minorities and others. We have come for the public interest and it is our duty to represent the people. The country faces many challenges for which we have to work together," he said.

The Opposition leader advised newly elected members in the Upper House to learn from the experiences of the old senators.