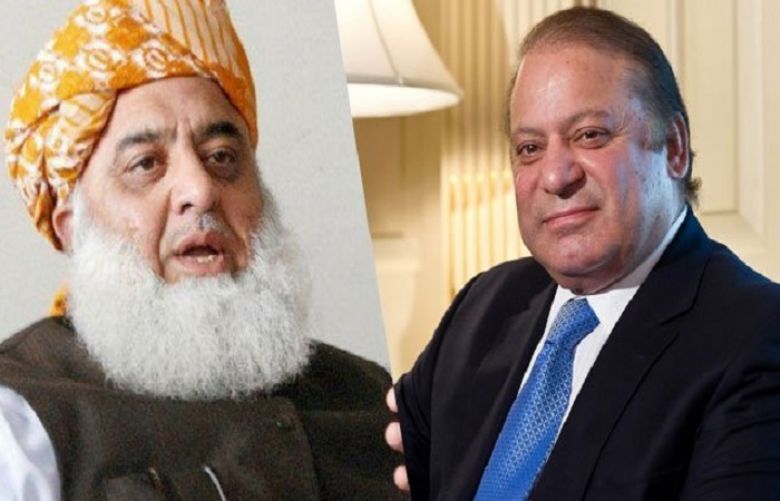 The PDM had an important meeting on Tuesday after which the alliance announced it had decided to postpone its anti-government long march, which was scheduled to begin March 26.

Nine parties of the PDM had given their approval to resigning from the Parliament but the PPP had objected to the move. The party sought time from the alliance and said it would make up its mind in a meeting of its Central Executive Committee. The meeting has been called in the first week of April.

Sources said that Nawaz and Fazl decided that if the PPP does not agree to resign from the Parliament then the other nine political parties that are part of the PDM will announce their plan of action.

According to sources, both Fazl and Nawaz decided to summon an important meeting of the PDM after PPP makes its decision.

The two leaders also discussed a "Jail Bharo Tehreek" option — a form of protest in which where people get themselves voluntarily arrested in large numbers to fill prisons.

Sources said the two leaders spoke over the phone and agreed to continue the PDM alliance.