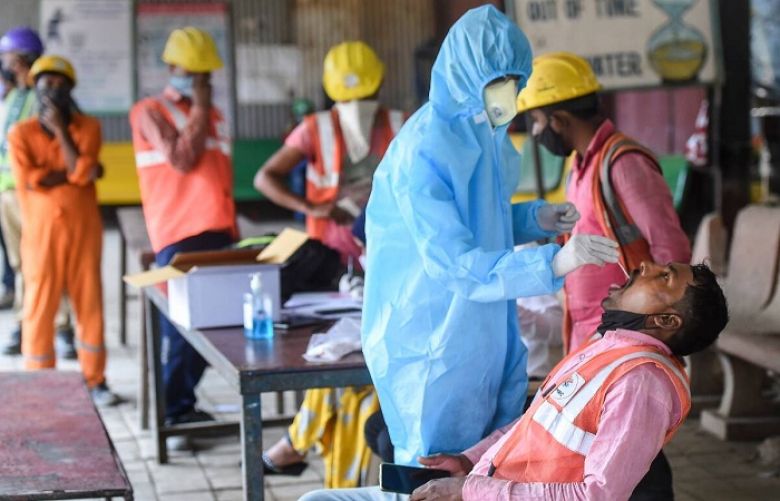 Coronavirus cases across the country continue to be on the rise with Pakistan reporting 2,664 new infections over the past 24 hours.

The positivity percentage of the virus has been measured at 6.5% while 32 people have passed away from the disease in a single day.

The fresh number of cases reported over the past 24 hours mean that the total number of cases in the country has risen to 652,000. Out of these, 570,000 have recovered from the novel virus while total death toll has increased to 13,508.

Pakistan conducted 40,564 tests of the virus after which the above-mentioned results were obtained.

Earlier this week, the NCOC and the education ministry had taken important decisions on closing schools in certain cities of the country owing to the rising number of cases.

The NCOC had also announced that the ban on shrines, outdoor dining and other activities, such as the reopening of cinemas, has been extended as the country braces for a third wave of the virus.

Speaking to DawnNews on Thursday, the planning minister had said: "Yes, absolutely. There is no doubt that the third wave has begun. Basically, the phenomena driving it is the spread of the UK strain."

"We had genome sequencing done from NIH (National Institute of Health) and [...] the dominant strain is the UK strain," the minister had said.

He said the UK strain was already known to transmit more easily and so spreads faster, compared to the original, Wuhan strain.

"And now with a new report we have also found that the mortality rate is higher," he added.

Umar had said that since Pakistan's first death in March last year and until now in 2021, "our fatality rate [...] saw a clear and sustained increase and we had speculated that it may be linked to this strain but now the international report establishes it".

"So this is a very dangerous situation that is developing."