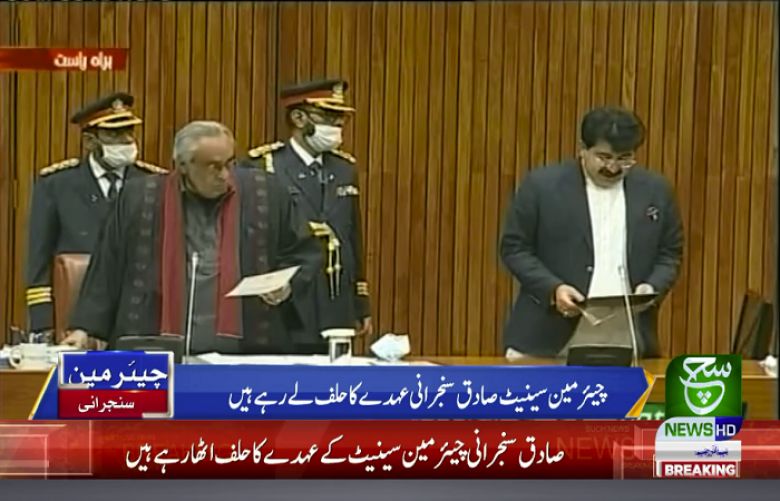 The presiding officer in charge of Senate chairman polls Friday has convened Sadiq Sanjrani to take oath as Senate chairman for the second time but house members from the opposition alliance cause commotion over wasted votes.

As the oath-taking took place, the house experienced a row raised by Pakistan Peoples Party’s Farooq H Naik who argued against discarding seven votes which could have meant a win for joint opposition alliance’s candidate Yousuf Raza Gilani.

The Senate chairmanship candidate for Sadiq Sanjrani won the top seat in the upper house of the parliament supported by the ruling party’s alliance as he contended against Gilani.

Sanjrani with his renewed chairmanship received 48 senate votes from the house while the front-runner for joint opposition alliance Gilani could claim 42 votes with about 7 votes were rendered wasted.

The voting for the coveted post of Senate chairman has concluded just moments ago following which the vote count began at 5 pm.