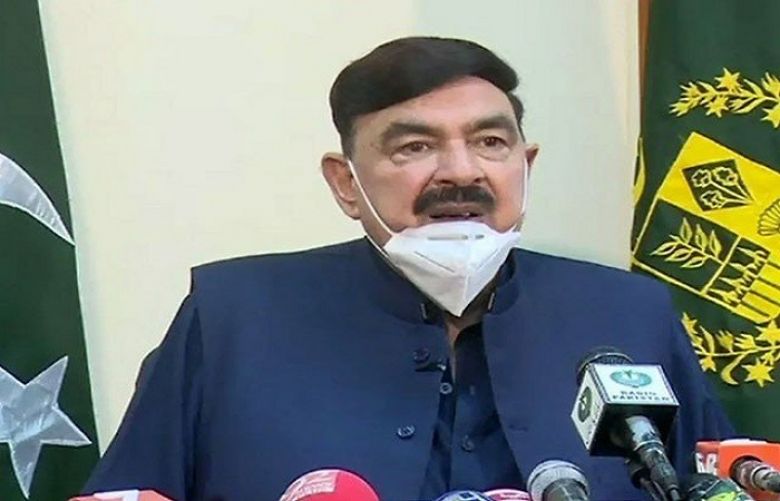 Interior Minister Sheikh Rasheed on Monday said that terrorists are reorganising in Pakistan, a day after unidentified men shot and injured two policemen in the capital.

The interior minister's comments came after he visited the officers who were shot and were being treated at the Pakistan Institute of Medical Sciences (PIMS).

The federal minister said that there is no compensation for a person's life, and lauded the police for their sacrifices to maintain peace in the country.

Rasheed said that the police and the army have played a significant role in repelling terrorists. "Once again, terrorists are organising in the country. Two policemen have been martyred on the same day in the twin cities — Islamabad and Rawalpindi".

The minister said that the army had killed five terrorists a day ago, adding that the forces would do everything they could to defeat the miscreants.

"Terrorists will be defeated, and an atmosphere of peace and tranquillity will be established in the country," the federal minister assured.

Speaking about the incident where PTI supporters had charged on PML-N leaders, he said their actions were condemnable. "However, leaders should have addressed the presser at the designated spot."