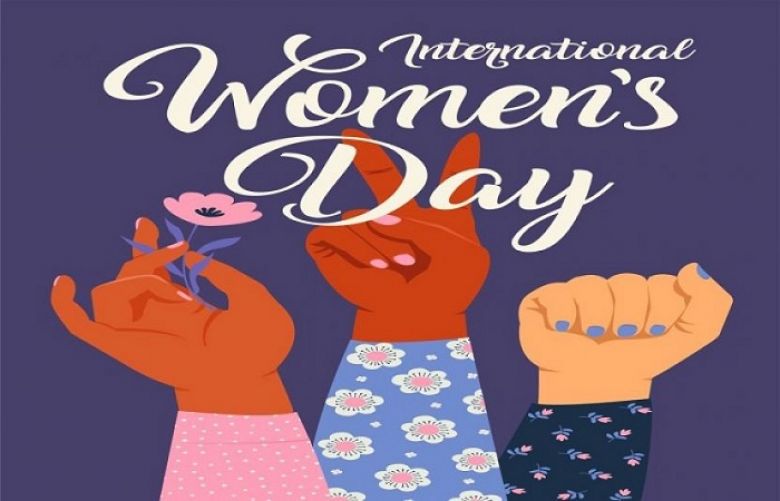 Apart from the Aurat March that is scheduled to be held on Monday at Karachi’s Frere Hall, events related to the international day have already been organised across the metropolis

International Women’s Day is celebrated all across the globe every year on March 8.

The main objectives of these events are to raise awareness about women's rights in society.

Aurat March’s 15-points agenda
Aurat March organisers have warned of extending their protest if the government fails to meet the demands listed in the 15-point agenda of the Aurat March within the given time frame.

In this regard, Sheema Kirmani, who is a renowned classical dancer and a member of the organising committee of the Aurat March, addressed a news conference at the Karachi Press Club on Friday.

She demanded that the government effectively implement laws formulated for the protection of women.

They demanded the inclusion of representatives of feminists and transgender organisations in federal and national standing committees, the implementation of the state’s obligations under the Transgender Persons (Protection of Rights) Act 2018, and the protection of the transgender community in Sindh.

They urged the Sindh government to pass the proposed bill against forced conversions into law and to enforce the Protection Against Harassment of Women at the Workplace Act 2010.

The Aurat March demanded that shelter houses be established for women, transgender persons and non-binary people. They also demanded that child protection centres be set up.

The project aims at improving the participation of women, minorities, people with disabilities and transgender persons in democratic and political processes by influencing the supply and demand sides of governance.

Addressing a news conference at the Karachi Press Club, Aurat Foundation Resident Director Mahnaz Rahman said that by engaging with the Election Commission of Pakistan on women's issues and demands and influencing processes and policies, the programme endeavour to involve and capacitate women in conducting political dialogues with civil society groups, political parties and media.

Awareness walk
Meanwhile, the Jamaat-e-Islami announced that the party’s women wing will hold an awareness walk outside the Karachi Press Club tomorrow in connection with International Women’s Day.

They said that steps should be taken to avoid the use of women in media and TV plays. Durdana said: “We strongly oppose the use of women for promoting commercial products in the media, as this act is tantamount to disgracing womenfolk.”

Women Conference
The 2nd Women Conference kicked off at the Arts Council of Pakistan in Karachi on Saturday. Being held in connection with International Women’s Day, the two-day event will conclude on Sunday (today).

Noor Zaheer, a noted writer from India and daughter of the Marxist intellectual Syed Sajjad Zaheer, said while addressing the programme over the internet that holding women’s conferences is important to discuss women-related issues.