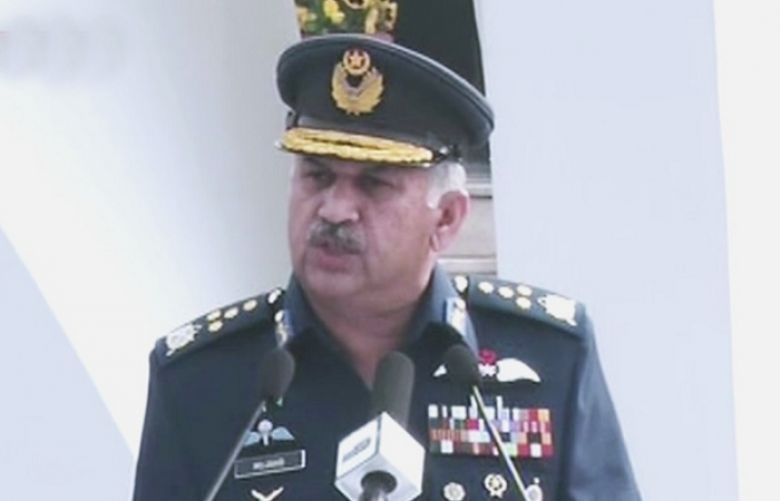 File Photo Pakistan’s desire for peace should not be taken as weakness: PAF Chief

He was addressing a special ceremony organized at the Air Headquarters (AHQ), Islamabad in connection with the second anniversary of the Pakistan Air Force’s (PAF) Operation Swift Retort.

Pakistan is a peaceful country and the world witnessed it when the captured Indian pilot was released.

“The armed forces are always ready to defend the country and are aware of their responsibilities.”

Mujahid Anwar Khan said, “Pakistan’s armed forces brilliantly defended the motherland under the operation. I salute the PAF pilots for their professional skills.

It is pertinent here to mention that the nation is celebrating Surprise Day today to pay tribute to the PAF for downing two Indian fighter jets – one of them piloted by Wing Commander Abhinandan Vardaman – on 27th February 2019.