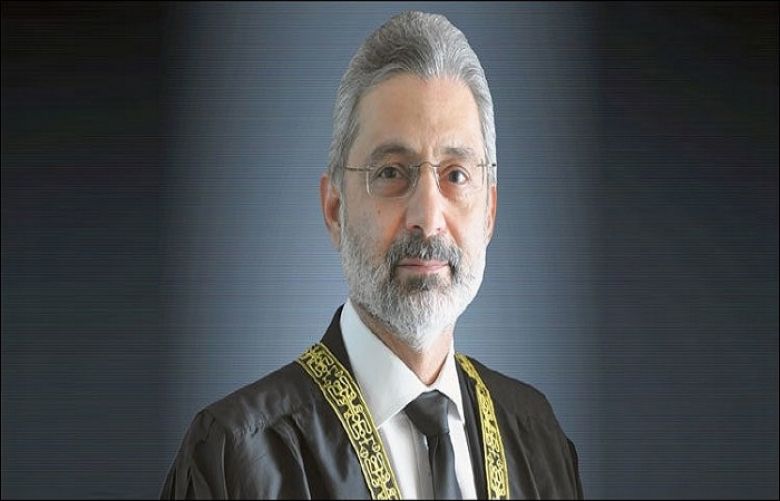 In his review petition of case decided by the Supreme Judicial Council following a presidential reference earlier wherein the bench had mandated the tax body to launch private investigation into family’s trail, Justice Qazi Faez Isa has Thursday appealed to the larger bench set to hear the petition from March 1 that proceedings be broadcast on national television.

The complainant Justice Qazi Faez Isa said that even before his presidential reference could make it to the bench, it was made public so to garner prejudice and malice against him and his family.

A supreme court judge cannot hold a press conference to counteract the media trial being run against him, said Justice Isa as he requested the newly constituted 10-judge larger bench that shall begin to hear the review appeal, to allow the live broadcast of the case proceedings on national television.

The respondents in my review petition hold sway in the media, the Justice said, indicating that if live proceedings are not shown the media reportage of the matter is likely to be doctored to favor them or to downplay the gravity of the matter.