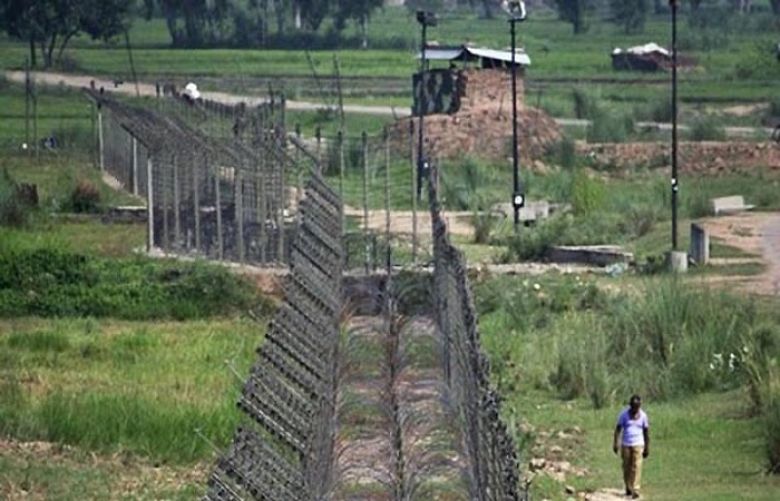 The director-generals of military operations of India and Pakistan reviewed the situation along the Line of Control and all other sectors in a "free, frank and cordial atmosphere," the Inter-Services Public Relations (ISPR) said Thursday.

The two DGs of military operations made hotline contact in the interest of achieving "mutually beneficial and sustainable peace", the ISPR statement read.

It said they agreed to address each other’s core issues and concerns which have the propensity to disturb peace and lead to violence.

Both sides agreed for strict observance of all agreements, understandings and cease firing along the LOC and all other sectors, with effect from midnight 24/25 February 21.

It was reiterated by Pakistan and India that existing mechanisms of hotline contact and border flag meetings will be utilised to resolve any unforeseen situation or misunderstanding.

Contact between the two military officials comes at a time when a number of cases of LoC violations by India have been reported by the Pakistan Army.

The statement is being considered an attempt by both nations to adhere to the ceasefire on the LoC that was agreed in 2003.

Firing - direct engagement with each other's posts will be avoided.

There was a spike in ceasefire violations along the LoC from 2014, he said.

He said both DGsMO have agreed that the existing 2003 agreement should be implemented in letter and spirit.

He said that there is a great difference in the number ceasefire violations and casualties between 2003-2013 and after 2014.

The most violations were witnessed in 2019, while 2018 had the most casualties.