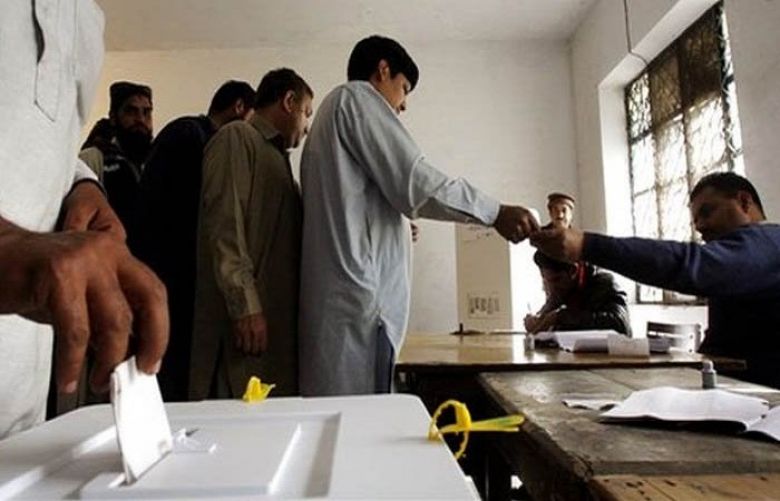 Voting on two seats of Sindh including Karachi’s PS-88 and Sanghar’s PS-43, as well as Pishin’s PB-20 in Balochistan began at 8:00 am during the by-elections on Tuesday

The Election Commission of Pakistan (ECP) organised by-elections on two vacant seats of Sindh and one from Balochistan Assembly today. The voting process began at 8:00 am which will be continued till 5:00 pm.

The constituency has a total of 145,627 registered voters including 81,425 male and 64,202 female voters. The election commission established 108 polling stations including 33 declared ‘most sensitive’ and 27 ‘sensitive’.

Thirty-three out of the total 108 polling stations have been declared ‘most sensitive’ and 27 declared ‘sensitive’ during the by-election.

In Sanghar’s PS-43, a close contest is expected between PPP’s Shabbir Ali Khan and PTI candidate Mushtaq Junejo, whereas, five independent candidates are also taking part in the polls.

In Balochistan’s PB-20 Pishin-III, the voting process has started in 113 polling stations where the election commission established 343 polling booths. Three polling stations have been declared ‘most sensitive’, 91 sensitive and 19 normal during the polls.

Earlier, the Election Commission of Pakistan (ECP) had barred security officials to enter the women polling stations prior to getting permission during the upcoming by-polls in two constituencies of Sindh.

The election commission had also banned usage o mobile phones in the polling stations including polling staff and agents. Under the regulations, only presiding officers (POs) will be allowed to use mobile phones during the election.