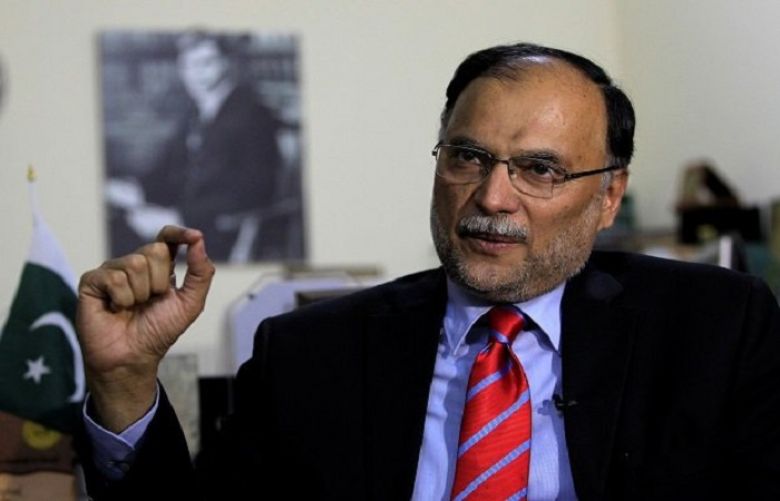 Stressing that “long march is the only way to topple the incumbent government,” Pakistan Muslim League-Nawaz (PML-N) senior leader Ahsan Iqbal on Saturday asked Pakistan Peoples Party Chairman Bilawal Bhutto-Zardari to show required numbers to back up his plan of no-trust motion.

Talking to journalists here in Lahore today, Ahsan Iqbal said “if Bilawal Bhutto has the numbers to bring a no-confidence motion then he should certainly show them.”

Opposing the PPP’s proposal, the PML-N leader said that despite having a majority in the Senate, their no-confidence motion had not succeeded. He further said that a decisive long march was the only way to get rid of the government, adding that the month of March will be suitable for the long march.

It is pertinent to mention here that the fault lines have emerged within the opposition alliance Pakistan Democratic Movement (PDM) as the parties divided over whether to bring an in-house change via no-confidence motion or build pressure outside.

According to sources in the know about internal developments, at least four of PDM parties have opposed in-house change strategy and have suggested convening a top huddle to discuss the possibilities.

The sources say parties have suggested consolidating their strategies against the incumbent government as the fissures arose. Some parties including Pakistan People’s Party support the in-house change plan while others, such as Pakistan Muslim League-Nawaz (PML-N) advocate for a belligerent approach.

Earlier today, the provincial president for Pakistan People’s Party Nisar Ahmed Khuhro had said that there were only two ways to get rid of the incumbent government which were through either tabling a no-confidence motion in the parliament or mobilizing masses.

Khuhro had said it was the Prime Minister Imran Khan who used to incite people into laying siege of the parliaments. He had gathered two to three thousand people and claimed masses stood by his side, Nisar Khuhro had added.