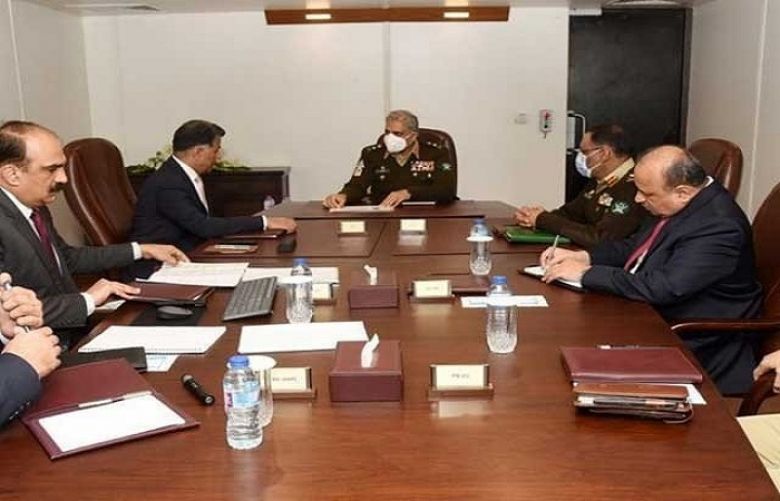 According to the military's media wing, the army chief was given a comprehensive briefing on the regional and national security situation.

On the occasion, the army chief appreciated ISI's tireless efforts for national security and expressed his satisfaction over professional preparedness.

Nearly a month ago, COAS Bajwa had called on Prime Minister Imran Khan to discuss the country's internal and external security situation in a meeting also attended by DG ISI Gen Hamid.

According to the prime minister's office, matters pertaining to the external security situation comprised India's aggression both in occupied Kashmir and across the Line of Control (LoC) through ceasefire violations (CFVs) — which PM Imran Khan had earlier said exceeded 3,000 in 2020 alone.

"Ceasefire violations and frequent provocative measures from Indian forces along Line of Control came under discussion," it added.