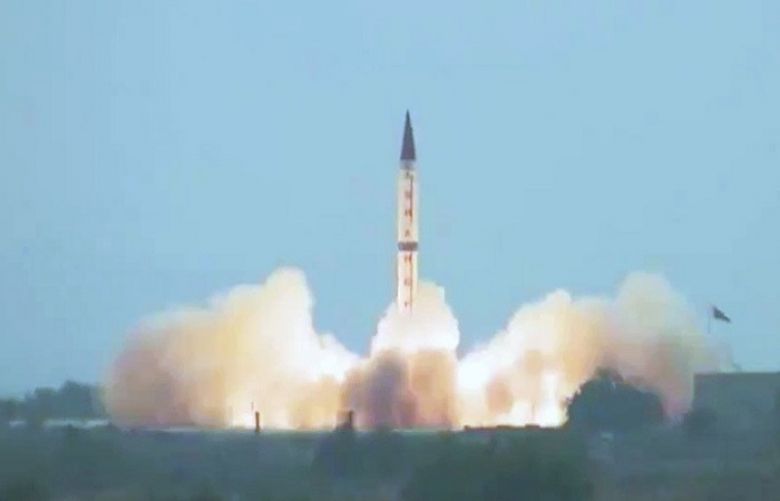 “The flight test was aimed at the revalidating various design and tech parameters of weapon system,” the military’s media wing said.

Defence experts say the missile can carry both conventional and nuclear warheads to a range of 2,750km.