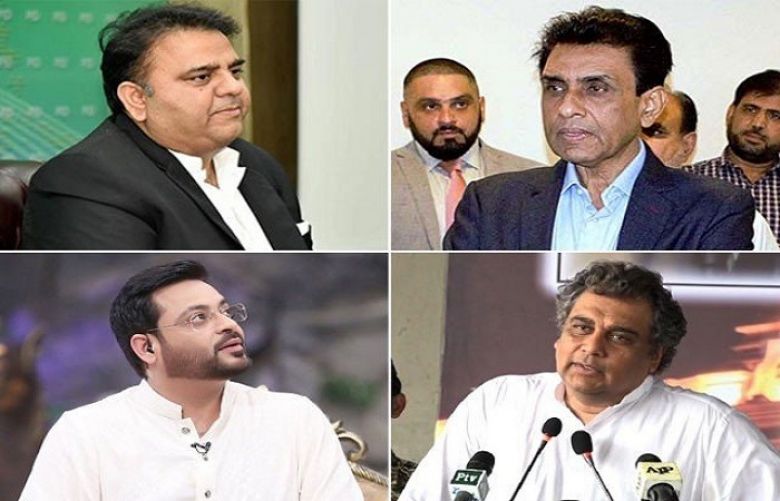 The Election Commission of Pakistan (ECP) on Monday announced that the membership of 154 members of the Senate, national and provincial assemblies had been suspended for failing to submit statements of their assets and liabilities.

Minister for Inter-provincial Coordination (IPC) Fehmida Mirza, Minister for Science and Technology Fawad Chaudhry, Minister for Maritime Affairs Ali Haider Zaidi and Khalid Maqbool Siddiqui are among the MNAs whose memberships have been suspended.

According to Section 137(1) of the Elections Act, 2017, lawmakers are required to submit a statement of their assets and liabilities, as well as those of their spouses and dependent children, by December 31 each year.

The membership of the lawmakers will remain suspended until they submit their respective statements.

Reacting to the development, Zaidi tweeted that he had submitted his asset declaration form on January 5 and added: "Don't understand the fuss!"

Almost every year, the ECP suspends the membership of scores of lawmakers for not submitting the statement. Last year, over 300 lawmakers had failed to submit their asset details.

Section 137 of the Elections Act reads:

(2) The Commission, on the first day of January each year through a press release, shall publish the names of Members who failed to submit the requisite statement of assets and liabilities within the period specified under subsection (1).

(4) Where a Member submits the statement of assets and liabilities under this section which is found to be false in material particulars, he may, within one hundred and twenty days from the date submission of the statement, be proceeded against for committing the offence of corrupt practice.